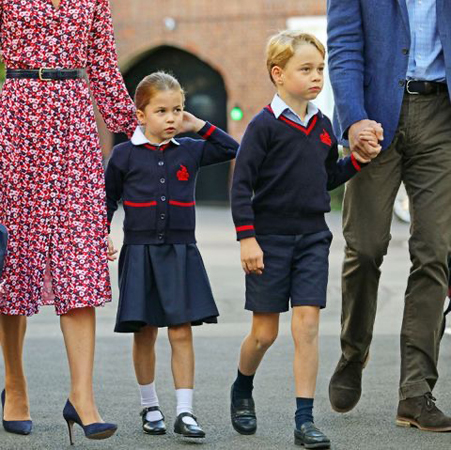 It is understandable when we hear that the senior members of the British royalty have to adhere to certain rules and regulations passed down by the ancestors.

However, it is only outlandish yet fascinating to hear of all the rules and protocols royal children have to follow too. While some may find it harsh and even misunderstand it as a loss of childish innocence, there are those who believe it to be pure tradition and custom. Therefore, being a royal may have its perk, but when it comes to playing the part, even the royal kids cannot overlook their duties. That being said, here are 7 bizarre rules royal children have to follow, no matter what.

They must be baptised — The relationship between the British Royalty and the Church of England goes far back to the 16th century. As of now Queen Elizabeth II is the head of the church and therefore, all members of the royal family must be baptized. That being said, it is completely mandatory for all the royal babies to be baptized and christened. The ceremony is supervised by the Archbishop of Canterbury and features Holy Water from the Jordan River.

They’re allowed to accept gifts but cannot keep them — Royal children, being who they are, receive an infinite number of gifts and toys from their guests or the general public. And they are not forbidden from receiving them.