‘Chandni Bar’ changed the course of life for me: Madhur Bhandarkar 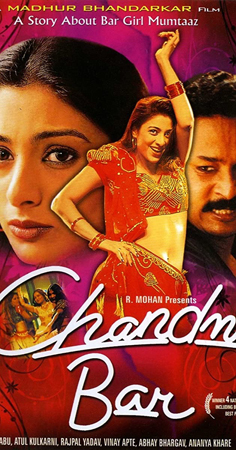 In a fortnight, Madhur Bhandarkar will complete 20 years since he became a filmmaker.

It was two decades ago in the year 2000 when his debut film Chandni Bar, featuring Tabu and Atul Kulkarni, went on floors. The filmmaker shot a vast portion of the film in Hyderabad’s Ramoji Rao Film City. He had also some on real locations, giving mainstream cinema a taste of realism while keeping all the ingredients of a commercial film intact. His debut vehicle was widely appreciated across the spectrum and catapulted him to the bracket of filmmakers whose voice must be heard. After that, Madhur went on to make a series of films – Page 3, Fashion, Heroine – with women playing central characters which further defined his space as a story-teller.

In recap mode, Madhur says, “I can’t believe it’s already 20 years since I became a filmmaker. We had started shooting Chandni Bar in October 2000. The film changed the course of life for me. I remember it was released in 2001 and people gave it so much love at that time. Even today, I feel so happy that Chandni Bar enjoys a place of respect. It was a difficult film to make but I had support from a phenomenal actress like Tabu, and someone so grounded and sorted like Atul Kulkarni. They, and the whole cast and crew ensured that the film became a reality, while working with the limitations at hand. We worked with a very limited budget, and yet, we managed to put out a film that we all hold so close to our hearts and can proudly own. I still remember, Tabu had supported my vision wholeheartedly. She did such a phenomenal job of the character. She had been so supportive of a new director like me, and to this day, nothing has changed on that front, except that I went on to make some more films. Tabu and Atul gave the film their best. She worked according to my requirements on the film and I will always be thankful to her for bringing my first project to life.”

For the last two years, word has been making rounds that Madhur plans to make a sequel to Chandni Bar. Bring this up and he says, “I would love to talk about it when the time comes. Not right now. It’s too early to say anything.”