* Maryam denies knowledge of a dinner being hosted at GHQ for politicians
* Political issues should be resolved in parliament, not at GHQ 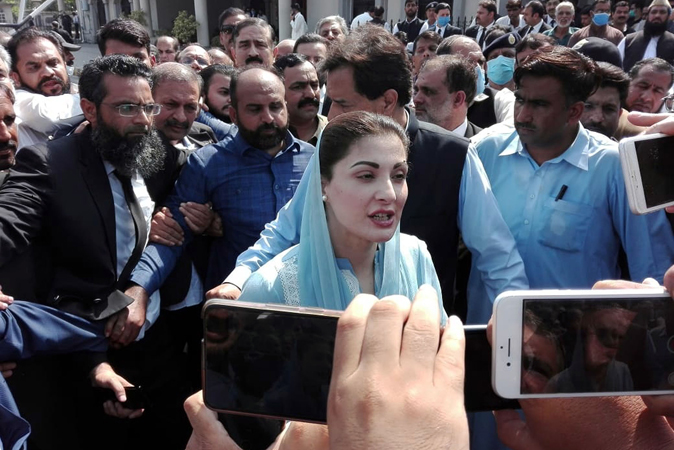 In an informal conversation outside the Islamabad High Court, a journalist asked Maryam if the ‘establishment’ and the PML-N leadership had come to ‘an agreement’ since Nawaz’s speeches along with hers were aired on television. “Maybe the media should tell us why our speeches are being broadcast,” she responded, saying ‘tyranny and pressure tactics’ only work to a certain extent and are not always fruitful, a private TV channel reported.

The PML-N leader denied knowledge of a dinner being hosted at the General Headquarters (GHQ), adding however, “I believe the political leadership was called over to discuss the issue of Gilgit-Baltistan.” “I don’t know about a dinner, maybe it was not a dinner [but] I heard about the meeting. From what I understand it was called to discuss Gilgit-Baltistan which is a political issue, an issue of the people’s representatives, for them to solve and deliberate upon,” she said. When asked whether former prime minister and PML-N supremo Nawaz Sharif was aware of the meeting, she said, “I don’t know whether he was aware of [the meeting] or if he learnt of it later.”

In response to another question on Khawaja Asif’s presence in the meeting and whether he had raised the issue of rigging in the 2018 elections, Maryam said, “The rigging had already taken place three months before the general elections.” When a reporter asked if PML-N President Shehbaz Sharif was forming a ‘Sheen League’, she said the former Punjab chief minister is ‘a very loyal brother’ and would ‘never go his own way’. “If Shehbaz had to separate [himself from the PML-N], he would have been the prime minister today. Shehbaz gave preference to his brother for the role,” she added.

Railways Minister Sheikh Rashid Ahmed, however, refuted Maryam’s claims, claiming there was not one but two meetings between PML-N leaders and the top military brass. “They had two meetings with the army chief”, Rashid said in a conversation with a private TV channel, adding that ‘the day Maryam speaks the truth will be the last day of her political career’.

The railways minister went on to claim that Khawaja Asif and Ahsan Iqbal had one-on-one meetings with the army chief and Lt Gen Faiz Hameed (the director-general of the Inter-Services Intelligence. “In the first meeting, Shehbaz Sharif and I dined at the same table. The first meeting was five hours long and the second meeting went on for three hours and 15 minutes,” he said. “Ahsan Iqbal was present in both meetings with the military leadership,” he added, noting that although the gathering was held for a discussion on the Gilgit-Baltistan issue, ‘politics was discussed openly’.

“I waited till the end because I had to give my book to the army chief and that’s when I saw Ahsan Iqbal and Khawaja Asif having a one-on-one conversation with Gen Faiz,” he said. “This was the first instance of ‘Sheen’ separating from the ‘Noon’,” he said, referring to talks of a new faction of the PML-N under party president Shehbaz. 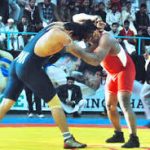