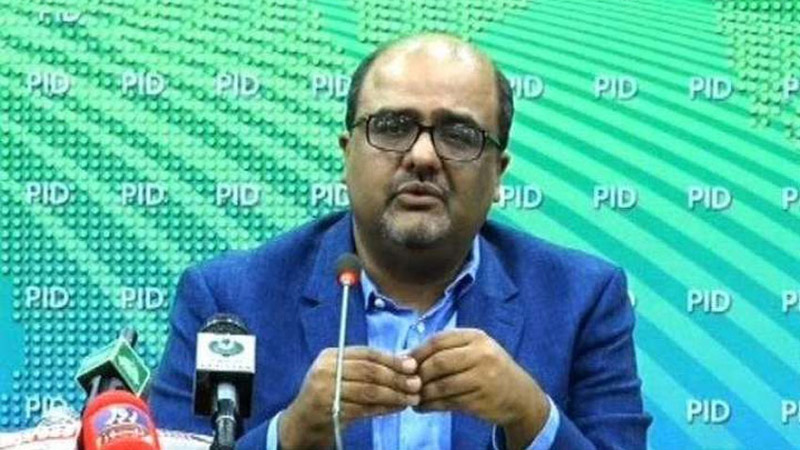 Adviser to Prime Minister on Interior and Accountability Shehzad Akbar Wednesday said National Accountability Bureau (NAB) had filed a reference, accusing Shehbaz Sharif and his children for money laundering of more than seven billion rupees, in a Lahore NAB court.

Speaking at a press conference here, he said opposition parties wanted a ‘Truth Commission’ but they should answer about the allegations of corruption and money laundering. He said Shehbaz Sharif and his sons Hamza Shehbaz and Salman Shehbaz were involved in money laundering and fake accounts. He said the financial monitoring unit found out 177 suspicious transactions of the family of Shehbaz Sharif and National Accountability Bureau started the investigation in this regard.

The reference comprised 55 volumes and 25,000 pages of documentary evidence including company records, bank statements and foreign remittances. All the record was compiled after a detailed investigation by the NAB teams which nominated 16 accused in the reference on six family members and 10 employees. Four of the accused had turned approvers and they disclosed their role in the money laundering of the Sharif family members. Money laundering of billions of rupees was done through employees of the companies of Shehbaz and his children.

He accused that Shehbaz and Hamza Shehbaz took kickbacks and commissions in return for giving party tickets and projects to favorites. According to the reference, the Sharif family made the fake foreign remittances and did organized money laundering. Shehbaz Sharif paid for custom duty of the imported land cruiser, two houses in Defence Housing Authority and for villas in Whispering Pines from the laundered money. About Rs 9.5 billion rupees were laundered through fake companies and Ramazan Sugar Mills whose employees’salary was in thousands of rupees but billions of rupees went through their bank accounts, he explained. The Adviser said Shehbaz Sharif should explain the organized money laundering network run by his children from 2008 and 2018. Shehbaz should also tell about the source of income of his son Salman Shehbaz and son in law Ali Imran now living in London, he asserted. Shehzad said it was important to send out the narrative of the government on corruption and money laundering. He said in the case of Bahria Town in Supreme Court, its owner Malik Riaz made a settlement of Rs 450 billion and he was complying with the payment schedule.

Anybody could make a plea bargain with NAB, pay the fine and get released, he added.

Responding to a question, he said the government made public the sugar inquiry commission’s report and legal action was taken against the persons involved.

The process of accountability will continue without any interruption and those involved in corruption will be held accountable, he added.

He said the government was actively pursuing the case in courts based on the sugar commission report and had made recoveries of Rs three billion to be paid to sugarcane farmers.