Strategy chalked out to solve problems of Lahore: Buzdar 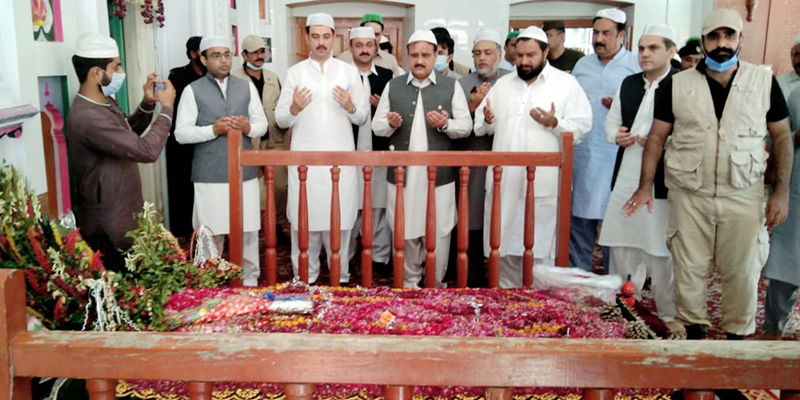 Addressing the meeting, the CM stated that a strategy has been evolved to solve the problems of the provincial metropolis through mutual consultation adding the role of the parliamentarians and PTI office-bearers would be pivotal in this regard. The elected representatives of the PTI and its office-bearers will be given ownership and every possible effort will be made to resolve the problems of the city dwellers, he said. Lip-service and presentation style will not work now and practical performance has to be delivered, he emphasised and added that action will be taken against those who will not perform. The CM asserted that he will personally monitor the progress made on targets every month and announced that megaprojects will also be launched for Lahore city. The police and administration should resolve daily issues on a priority basis, he directed.

The CM expressed displeasure over poor cleanliness situation of the city and made it clear that LWMC will have to improve its performance. The cleanliness system will have to be rectified permanently. The officials of Lahore Metropolitan Corporation should improve their performance as a lot of complaints are related to it, he said. Similarly, the elected representatives should personally monitor public problems in the field and apprise the CM Office about it, he added.

The CM directed to constitute a committee for permanent monitoring of the solution of public problems and further directed that given tasks must be fulfilled. No lame excuse will be accepted, the CM warned. Similarly, solid steps should be taken for the solution of parking issues, traffic management and overcoming of crimes. Along with it, a vigorous campaign should be run against the menace of beggary, he stated. The mendicants should be kept in the beggars’ home and no street-beggars should be allowed on roads. The CM further directed that crackdown should be accelerated against addicts. The restoration of street-lights should be completed at the earliest and practical steps be made to overcome the menace of encroachments, concluded the CM.

Meanwhile, Chief Minister Sardar Usman Buzdar expressed strong displeasure over poor cleanliness situation in the provincial capital and directed to remove Shahzeb Hasnain, MD Lahore Solid Waste Management Company for failing to bring improvements in cleanliness arrangements despite clear-cut instructions. The CM stated that LWMC is responsible for removal of solid waste from the city and its disposal in a proper way but the zero-waste operation was not ensured despite clear-cut instructions and leniency was shown with regard to cleanliness arrangements in the city. Such laxity is intolerable and there is no room for any negligence now. Only those who deliver will remain in Punjab, the CM concluded.