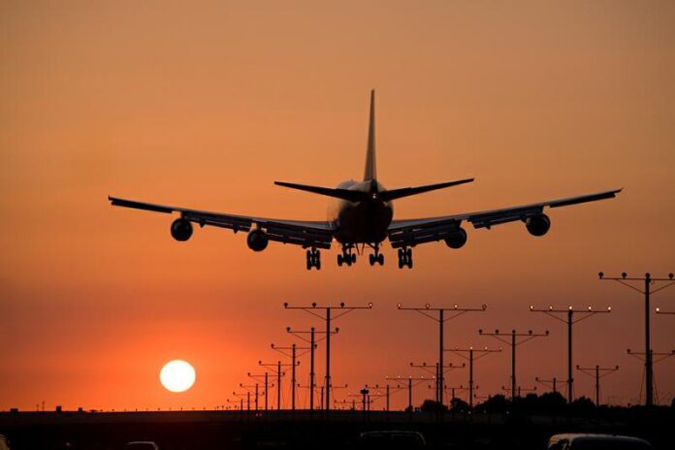 The Saudi Arabia on Wednesday lifted travel restrictions on international flights coming from Pakistan after success in controlling coronavirus outbreak.

In a NOTAM (Notice to Airmen), the Saudi Arabia government has banned all flights coming from India, Brazil and Argentine over their failure to control COVID-19 outbreak.

“We cannot risk lives of our citizens by allowing flights from India, Brazil and Argentine”, the NOTAM read. Meanwhile, the Kingdom has lifted travel bans from Pakistan after it managed to contain spread of coronavirus in the country.

On September 13, The Kingdom had decided to lift travel restriction in the kingdom from 01 January 2021, imposed earlier owing to COVID-19 pandemic.

According to local media reports, the kingdom’s interior ministry had announced that airports, ports, and border routes would be made operational from January 01.

Saudi citizens would be able to freely move in and out of the kingdom while citizens of the Gulf Cooperation Council states.

It is pertinent to mention here that the move was announced days after Saudi Arabia had extended a ban on the arrival of foreign airlines within the kingdom amid COVID-19 pandemic on August 29.

Saudi Arabia will gradually resume the year-round umrah pilgrimage for Muslims from October 4, the interior ministry said Tuesday, seven months after it was suspended because of the coronavirus pandemic.

The kingdom had suspended the umrah in March and later scaled back the annual hajj in a blow to millions of pilgrims around the world amid fears that the coronavirus could spread to Islam’s holiest sites.

In the first stage, “6,000 citizens and residents within the kingdom will be allowed to perform the umrah per day from October 4”, the ministry said in a statement published by the official Saudi Press Agency.

Visitors from outside the kingdom will be permitted from November 1, when umrah’s capacity will be raised to 20,000 pilgrims per day, the ministry added.

The umrah, which refers to the Islamic pilgrimage to Makkah that can be undertaken at any time of year, usually attracts millions of Muslims from across the globe each year.

The ministry said umrah would be allowed to resume at full “natural capacity” once the threat of the pandemic is eliminated. The decision to resume umrah was in response to the “aspirations of Muslims home and abroad” to perform the ritual and visit the holy sites, the ministry added.

The decision comes after the kingdom organised the smallest hajj in modern history in late July, with only up to 10,000 Muslims allowed to take part in total – a far cry from the 2.5 million who participated last year.

Health authorities said no coronavirus cases were reported at the holy sites during the hajj, one of the five pillars of Islam and a must for able-bodied Muslims at least once in their lifetime.