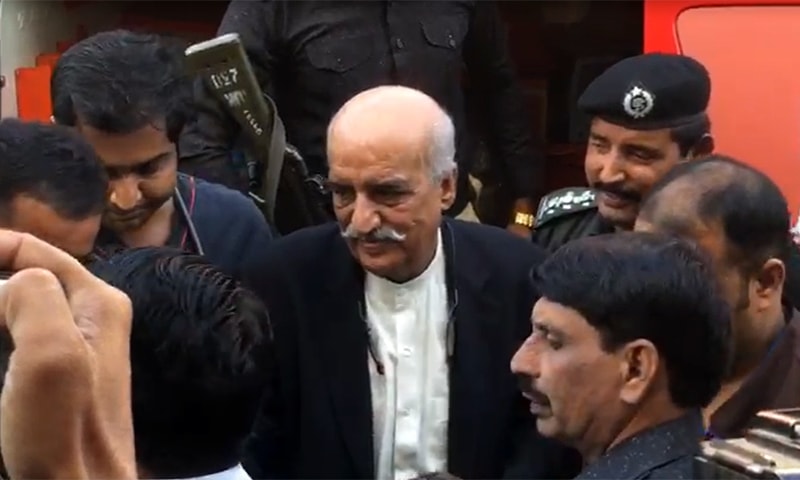 ISLAMABAD: The Supreme Court on Wednesday issued notice to the National Accountability Bureau (NAB) on a petition of Peoples Party leader Syed Khursheed Shah, seeking bail in the assets beyond means reference against him.

Shah was arrested by the anti-graft agency in September last year in a case regarding his alleged assets beyond declared sources.

Defense counsel, Raza Rabbani, informed the court that Shah has been in jail for more than a year now, requesting the forum to grant him bail.

Rabbani also urged to court to fix the hearing of the petition in the ongoing week. At this, Justice Umar Ata Bandial said the petition cannot be fixed for this week on account of his predecided commitments.

Later, Farooque Naik, another member of Shah’s legal team, requested the bench to at least announce the date of the next hearing. “I am fighting several cases simultaneously that require my presence,” he said.

Subsequently, the agency’s additional prosecutor general informed of a Sindh High Court verdict that granted bail to nine accused in the case. The accountability bureau, he said, has filed appeals against the decision and sought an early hearing.

Later on, the judge adjourned the session for two weeks, announcing to start the next round of hearings from Oct 5.

Multiple corruption cases against Shah are under investigation with the agency. In 2012, an accountability court had directed it to file a reference against him on a complaint pertaining to the alleged accumulation of illegitimate assets.

In 2013, the bureau had reopened two corruption cases against Shah under the directives of the Lahore High Court.