A picture of Bollywood actress Rakhi Sawant with the Pakistani flag has once again gone viral on social media. 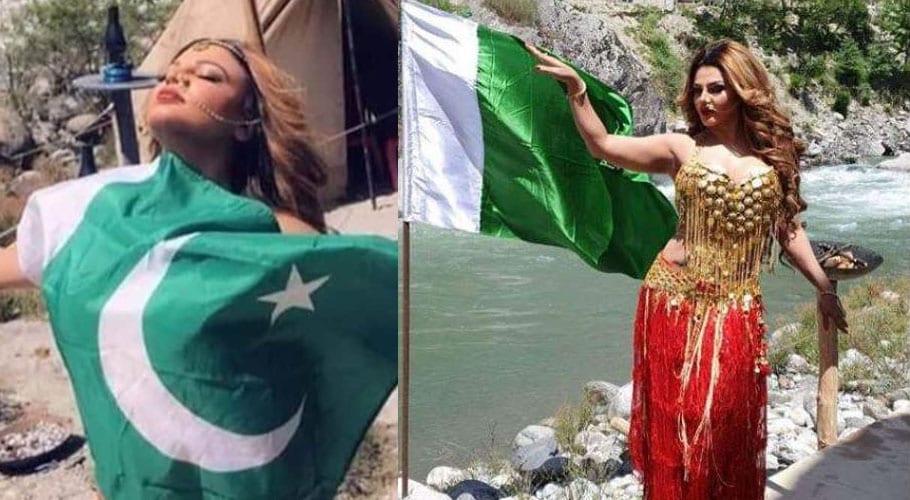 Rakhi Sawant can be seen posing while embracing the flag in photos posted on Instagram.

The netizens showed an outrage on social media by calling the actress a traitor, an agent, because of her carrying the Pakistani national flag. However, the actress cleared the air and revealed that the pictures are from the scene of one of her movies named ‘Section 370’ she shot a while back.

These pictures were also posted on Rakhi Sawant’s official Instagram account on May 8, 2019. In the caption she wrote, “I love my India but it’s my character in the film Dhara 370.”

She also posted a video on Instagram on the same day (May 8, 2019), showing the shooting scene and explaining that she is playing the role of a Pakistani girl in the movie.