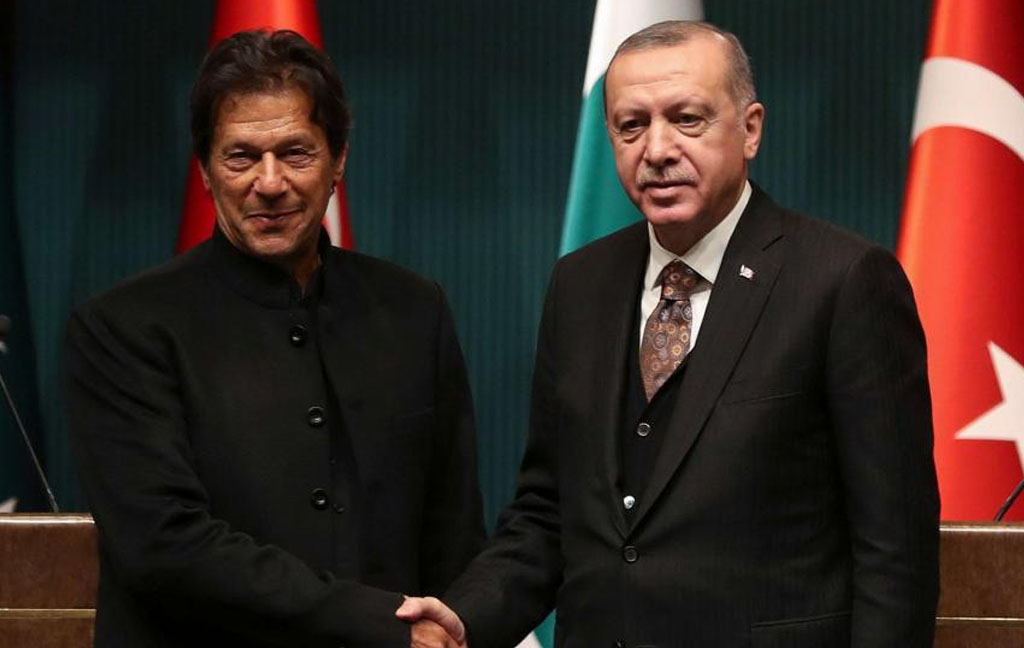 In a tweet, the premier hailed Turkey’s “unwavering support” and said that it remains “a source of strength” for the Kashmiris in their legitimate struggle for self-determination.

“Deeply appreciate President Erdogan once again raising his voice in support of the rights of the Kashmiri people during his address to UNGA. Turkey’s unwavering support remains a source of strength for the Kashmiris in their legitimate struggle for self-determination,” the prime minister wrote in a tweet.

This is the second time since Erdogan has raised the Kashmir issue at the global forum which is airing pre-recorded speeches this year due to the coronavirus pandemic. Prime Minister Imran Khan is scheduled to address on Friday September 25.

Turkish President told the UN General Assembly that the Kashmir dispute between India and Pakistan was a “burning issue” and called for resolving it through dialogue.

“The Kashmir conflict, which is also key to the stability and peace of South Asia, is still a burning issue,” Turkish President Recep Tayyip Erdogan said in a speech he made via video-link to the 193-member UNGA landmark 75th session.

Since Aug 5, 2019, when India illegally merged the occupied territory with it and imposed a communication lockdown as well as a curfew, Pakistan has raised the Kashmir issue three times inside the council with China’s support.

The Indians, however, argue that the merger — although illegal — has ended the disputed nature of occupied Kashmir and therefore it should be removed from the council’s agenda.

In his forthright speech, the Turkish president also called occupation and oppression in Palestine a “bleeding wound of humanity.” He said Turkey will not support any plan that the Palestinian people do not give consent to.

“The Palestinian conflict can only be resolved with the establishment of an independent, sovereign, and contiguous State of Palestine based on the 1967 borders with East Jerusalem as its capital. Seeking solutions other than this are in vain,” he added.