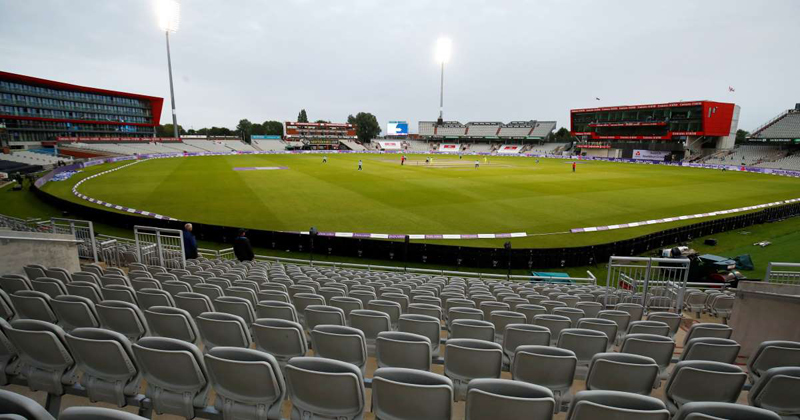 LONDON: British sport faces a bleak winter, and for some a fight for survival in the cold months ahead, after the postponement of plans to allow a limited number of fans back into stadiums from October. What had been seen as a glimmer of light at the end of a tunnel now looks like another long stretch of darkness for clubs and sports already in crisis-management after being forced to do without their ticketing income stream. The government had planned to allow 25-33% capacities from Oct. 1 but senior cabinet minister Michael Gove said on Tuesday that was set to be postponed to tackle a second wave of COVID-19.

A coalition of more than 100 sports bodies — including the tennis, cricket and rugby governing bodies as well as the Premier League — had called on Monday for emergency funding in the light of the expected development. They warned also of “a lost generation of activity”. Premier League chief executive Richard Masters told the BBC this month that a failure to allow fans back as soon as possible would cost clubs £700 million ($896.63 million) in 2020-21. While the top tier enjoys lucrative television deals, the financial picture for those whose business models rely heavily on gate receipts remains stark, with some warning of collapse without a bailout. English Football League chief executive David Baldwin said last week that EFL Clubs lost 50 million pounds in gate receipts in 2019-20. “It is estimated a further 200 million pounds will be lost if crowds do not return during the 2020-21 campaign,” he said. “The contribution to football’s finances made by match-going supporters… is critical to the viability of League football and all EFL Clubs.”

Rugby revenue loss: The Rugby Football Union had hoped for a 20,000 crowd at Twickenham for England’s game against the Barbarians on Oct. 25 but have suspended ticket sales for what would have been a major revenue stream. In July, the RFU projected a short-term revenue loss of 107 million pounds due to the closure of Twickenham and proposed making 139 positions within the organisation redundant. The entire backbone of the sport’s funding across the UK is the money made from hosting internationals, with the RFU making around 10 million pounds from each Twickenham full house and its internationals at the venue providing around 85% of its income. Without those funds it has warned of a devastating knock-on effect on the grass-roots game and now even a smaller figure from a 50% or 25% capacity looks in jeapordy. Rugby Football League (RFL) chief executive Ralph Rimmer said this month that the potential impact on revenues of not being able to admit fans was up to 2 million pounds a week.

The prospect of thousands of people travelling to venues, even if well separated once inside, jars with a message for people to work from home where possible and avoid social mingling. “The virus is less likely to spread outdoors than indoors but it’s in the nature of major sporting events that there’s a lot of mingling.” said Gove. The United Kingdom has the biggest official COVID-19 death toll in Europe.