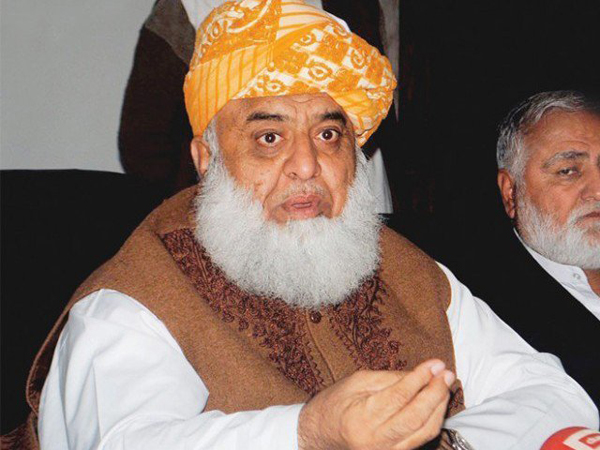 The National Accountability Bureau, Khyber Pakhtunkhwa, on Tuesday issued a call-up notice to Jamiat Ulema-e-Islam Fazl (JUI-F) chief Fazlur Rehman, directing him to appear before its investigation team next month in an inquiry launched on charges of corruption and possessing assets beyond means.

The notice, issued under Section 19 of the National Accountability Ordinance, 1999, was sent to Rehman’s residence in Dera Ismail Khel.

The subject of the notice stated that the inquiry is against ex-MNA Rehman and others “regarding corruption and corrupt practices/accumulation of assets beyond means”. It said the subject inquiry had revealed that Rehman was “in possession of information/evidence whatsoever which relates to the commission of [the] said offence”.

The notice called upon the JUI-F chief to appear before CIT (combined investigation team)-I at NAB’s regional office on October 1 at 11am in order to “record your statement/plea in the subject inquiry”. Failure to comply with the notice may entail penal consequences as per the Schedule of NAO, 1999, the summons stated.

Last month, NAB’s KP office had issued a similar notice to a younger brother of Rehman, who is an officer of the provincial government, directing him to appear before a CIT in an inquiry launched on multiple charges, including possessing illegal assets.

Meanwhile, PPP Chairperson Bilawal Bhutto Zardari and JUI-F chief Maulana Fazlur Rehman met on Tuesday to discuss the political situation of the country, a few days after the opposition held a multi-party conference and announced protests against the government from October.

Bilawal and Fazl spoke on the overall political situation of Pakistan and exchanged views regarding the opposition’s an anti-government movement. The JUI-F delegation comprised Maulana Obaid-ur-Rehman and Muhammad Aslam Ghauri, as well as the secretary general of the party’s Sindh chapter, Maulana Rashid Mahmood Soomro. Also present at the Bilawal House meeting was lawmaker and member of the National Assembly Naveed Qamar.