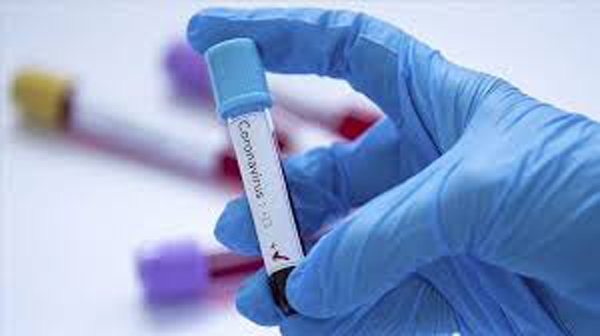 A total of 3,230,472 corona tests have been conducted so far, while 735 hospitals are equipped with COVID facilities, according to the latest update issued by the National command and Operation Centre (NCOC) on Tuesday.

Some 868 corona patients were admitted in hospitals across country. The total active COVID-19 cases in Pakistan on Tuesday were recorded 7,303 as 582 more people tested positive for the deadly virus during the last 24 hours.

Four corona patient, who were under treatment in hospital died on Monday, No COVID affected person was on ventilator in Azad Jammu and Kashmir (AJK) and Balochistan, while 106 ventilators elsewhere in Pakistan, out of 1,912 allocated for COVID-19 patients, were occupied. Some 36,155 tests were conducted across the country on Monday, including 15,211 in Sindh, 12,534 in Punjab, 3,345 in Khyber Pakhtunkhwa (KP), 3,280 in Islamabad Capital Territory (ICT), 1,171 in Balochistan, 304 in Gilgit Baltistan (GB), and 310 in Azad Jammu and Kashmir (AJK).

Around 293,159 people have recovered from the disease so far across Pakistan making it a significant count with over 90 percent recovery ratio of the affected patients.

Chief Minister Sindh, Syed Murad Ali Shah said that coronavirus has claimed six more lives and infected 194 others raising the death toll to 2469 and tally of the cases to 134,437. This he said in a statement issued here CM House on Tuesday.

Shah said that six more patients lost their lives while struggling against COVID-19 lifting the death toll to 2469 that constituted 1.8 percent death rate.

According to Shah, currently 3158 patients are under treatment, including 2874 in home isolation, five at isolation centers and 279 at different hospitals.

The condition of 141 patients is stated to be critical, including 17 shifted to ventilators.

He added that Larkana has seven cases, Jamshoro and Thatta three each, Sukkur two, Dadu and Sujawal one each.

Punjab recorded 59 new coronavirus cases, according to the government’s Covid-19 portal, taking the provincial total to 98,487.

It has reported one additional fatality from the virus, taking the provincial death toll to 2,227. According to the portal, 94,917 people have recovered from the coronavirus in Punjab so far.

According to the government’s database on coronavirus, the capital reported 45 new cases, up from 38 a day earlier. GB recorded 30 cases while AJK confirmed 17 new infections. They reported no additional fatalities from the virus.

The government’s database on coronavirus shows that another 290 people have recovered in Pakistan, taking the country’s total recoveries to 293,159. According to the database, 570 patients are in critical condition.