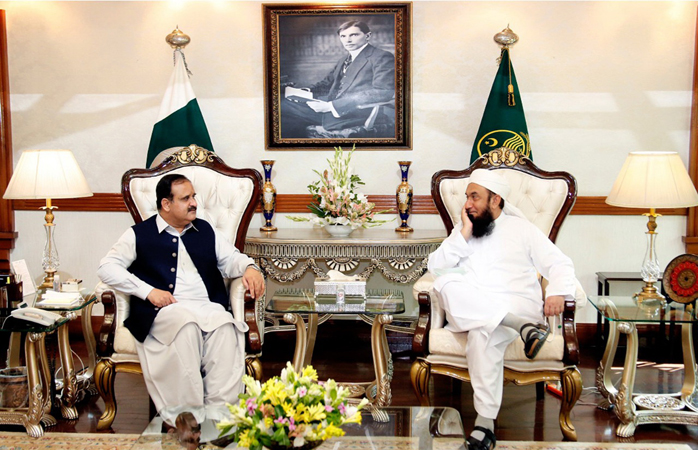 Senior Minister Abdul Aleem Khan called on Chief Minister Punjab Sardar Usman Buzdar at his office and discussed the availability of wheat and flour in the province.

The CM directed to take indiscriminate action against the elements involved in the unjustified increase in the rate of flour. He further directed to take every step to stabilize the price of flour and stated the concerned staff should also visit commercial areas to monitor the field situation. The CM termed the APC of the opposition as a failed drama adding that it has again proved that opposition only wants to protect its personal interests. The opposition’s APC has ended in a fiasco and the opposition parties have totally ignored the national interests, he added.

The CM emphasized that looters cannot hoodwink the people through their APC drama as the citizens are fully aware of the corrupt elements. The rejected elements cannot deceive the conscientious people, he added. The opposition parties are, in fact, trying to obstruct the national development in the country. Usman Buzdar lamented the negative role played by the opposition and observed that the APC drama has exposed them again.

Abdul Aleem Khan stated that the food department is ensuring the suitable supply of flour and different steps are taken to ensure its availability at the notified rate. The food department officials are also monitoring the price of flour, he added. The negative politics of the opposition has been exposed through APC and their residual credibility has also ended, he added.

The CM said that a strong local bodies system will solve public problems at the grassroots and a genuine representation will be available to the people through Punjab Local Government Act. A public leadership would emerge at the grassroots through the elections of the village, panchayat and neighbourhood councils to solve the public problems at their doorsteps, he added. The government will introduce an exemplary system to strengthen the local bodies and a new era of development will start, the CM stressed.

Responsible style of journalism is praiseworthy and every possible step will be taken to improve the professional capacity of the information department, he said. The officers will be educated about new concepts of information and communication, the CM added.

Talking on the occasion, the CM pointed out that the journey of development has been moved forward to backward areas and neglected cities. Now, funds are not limited to some specific cities but a holistic policy has been adopted to ensure composite development of the province. He remarked that opposition parties’ APC remained limited to slogans and commented that their APC show was disappointed as like the dispirited opposition.