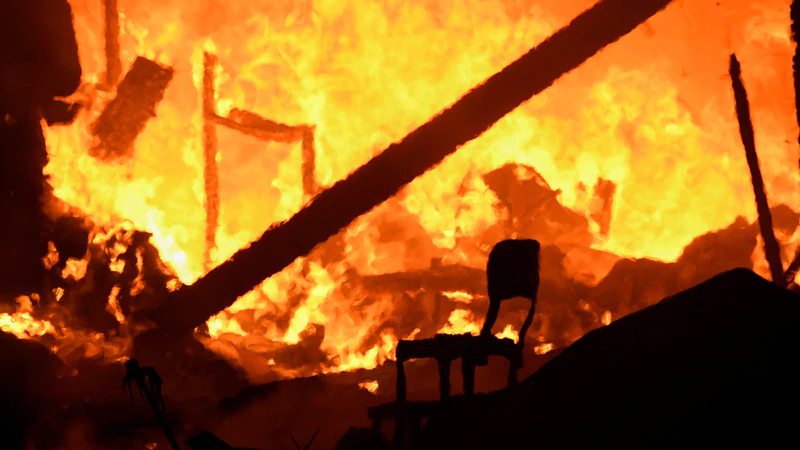 Five weeks after California erupted in deadly wildfires supercharged by record heat and howling winds, crews battling flames pushed on Monday to consolidate their gains as forecasts called for a return of blistering, gusty weather.

California already has lost far more landscape to wildfires this summer than during any previous entire year, with scores of conflagrations – many sparked by catastrophic lightning storms – scorching some 3.4 million acres since mid-August.

The previous record was just under 2 million acres burned in 2018.

As of Monday, more than 19,000 firefighters continued to wage war on 27 major blazes across the state, according to the California Department of Forestry and Fire Protection (CalFire).

The fires, stoked by extreme weather conditions that scientists have pointed to as signs of climate change, have destroyed an estimated 6,100 homes and other structures and killed 26 people, three of them firefighters, CalFire reported.

Another 2 million acres have gone up in flames in Oregon and Washington state during an overlapping outbreak of wildfires that started earlier this month, destroying more than 4,400 structures in all and claiming 10 lives.

But a weekend of intermittently heavy showers across the western Cascade mountain range helped fire crews in the Pacific Northwest tamp down blazes in those two states.

Although California has seen little or no rain in recent days, bouts of extreme heat and gale-force winds that had produced incendiary conditions for weeks have given way to lower temperatures and lighter breezes, enabling firefighters to gain ground around most fires.

“They’re going to take advantage of this cool weather while they can,” CalFire spokeswoman Lynne Tolmachoff told Reuters.

The break in the weather is not expected to last much longer. Tolmachoff said forecasts call for rising temperatures, lower humidity and a return of strong, erratic winds around mid-week in Southern California and by the weekend across the state’s northern half.