Markets in Asia take a hit over virus concerns in the US, Europe 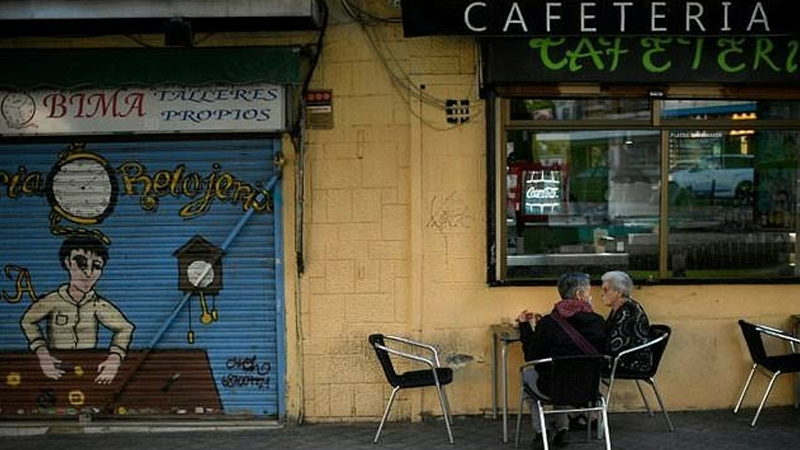 Asian markets extended the previous day’s losses following another rout in New York and Europe as governments impose new containment measures to fight off the second wave of virus infections.

Dimming hopes for a new US stimulus added to the downbeat mood with Capitol Hill hostilities stoked by the death of US Supreme Court Justice Ruth Bader Ginsburg, while a top White House adviser questioned whether more fiscal help was even needed.

After months of economic recovery helped by an improvement in infection and death rates, there is a worry that the coming northern hemisphere winter — which experts say could help the disease spread — will see a return to strict stay-at-home rules.

With new spikes around the world, authorities are being forced to act, while former Food and Drug Administration Commissioner Scott Gottlieb warned the US may experience “at least one more cycle” of the virus in autumn and winter.

Madrid has already put 850,000 residents under lockdown, while new rules to come into force on Thursday will see English pubs, bars and other hospitality venues required to close at 10 pm, and food and drink outlets restricted to table service only.

Similar restrictions are already in place across swathes of northern and central England. Scotland, Wales and Northern Ireland are expected to unveil their own rules imminently.

The prospect of more financially damaging measures being put in place has spooked investors.

London’s FTSE 100 and the CAC 40 in Paris tumbled more than three per cent, while the Frankfurt DAX tanked more than four per cent.

Wall Street also tumbled, though all three main indexes managed to end off their lows thanks to bargain-buying.

The selling continued into Asia, but the losses were shallower.

Hong Kong, Shanghai, Taipei and Jakarta fell at least one per cent each, while Seoul tumbled more than two per cent. Sydney, Singapore, Manila and Bangkok were also well in the red.

London was slightly higher in early trade thanks to a falling pound as investors prepare for new lockdown measures. Paris and Frankfurt were also up.

Traders are becoming less optimistic US lawmakers will manage to hammer out a new rescue package for the beleaguered economy, with Democrat-Republican antipathy stirred by the death of Ginsburg.

Donald Trump and the Republicans are keen to nominate a new justice before the November 3 election, but Democrats are pushing back and analysts said the hostilities would make any stimulus agreement less likely.

Trump economic adviser Larry Kudlow, meanwhile, said the country was seeing a “self-sustaining, strong” recovery, and while a new spending bill “has some elements that could help”, it may not be needed after all.

“I do not think the recovery is contingent on that assistance package,” he added.

Macro Risk Advisors founder and CEO Dean Curnutt warned markets were likely to struggle for some time as uncertainty reigns.

“Valuations were getting more and more stretched and folks were looking the other way in the context of undeniable Fed support and the view that the US government was going to top off the loss of income during the pandemic,” he told Bloomberg TV.

“There is concern that this uncertainty around the election is going to stay with us for a period after the election.”

Geopolitical worries were also thrown into the mix as doubts swirled around a weekend deal that appeared to avert a US-ordered ban of Chinese video-sharing app TikTok, which the Trump administration has called a national security risk and threatened to ban without ownership changes.

There was confusion over who would control the popular app, with parent ByteDance and Oracle, which was due to operate it, providing conflicting views. Donald Trump vowed Monday to block any deal that allows ByteDance to retain any control.

Later, the editor of China’s Global Times said Beijing would not give the go-ahead to the deal owing to national security concerns.