By Our Reporter
LONDON: The Pakistan Press Club UK International has strongly condemned the threats issued to journalist Hamza Azhar Salam by Mr. Waseem Ahmed Abbasi, employee of the North London Hospice, during the investigative work on a fake Twitter accounts story. 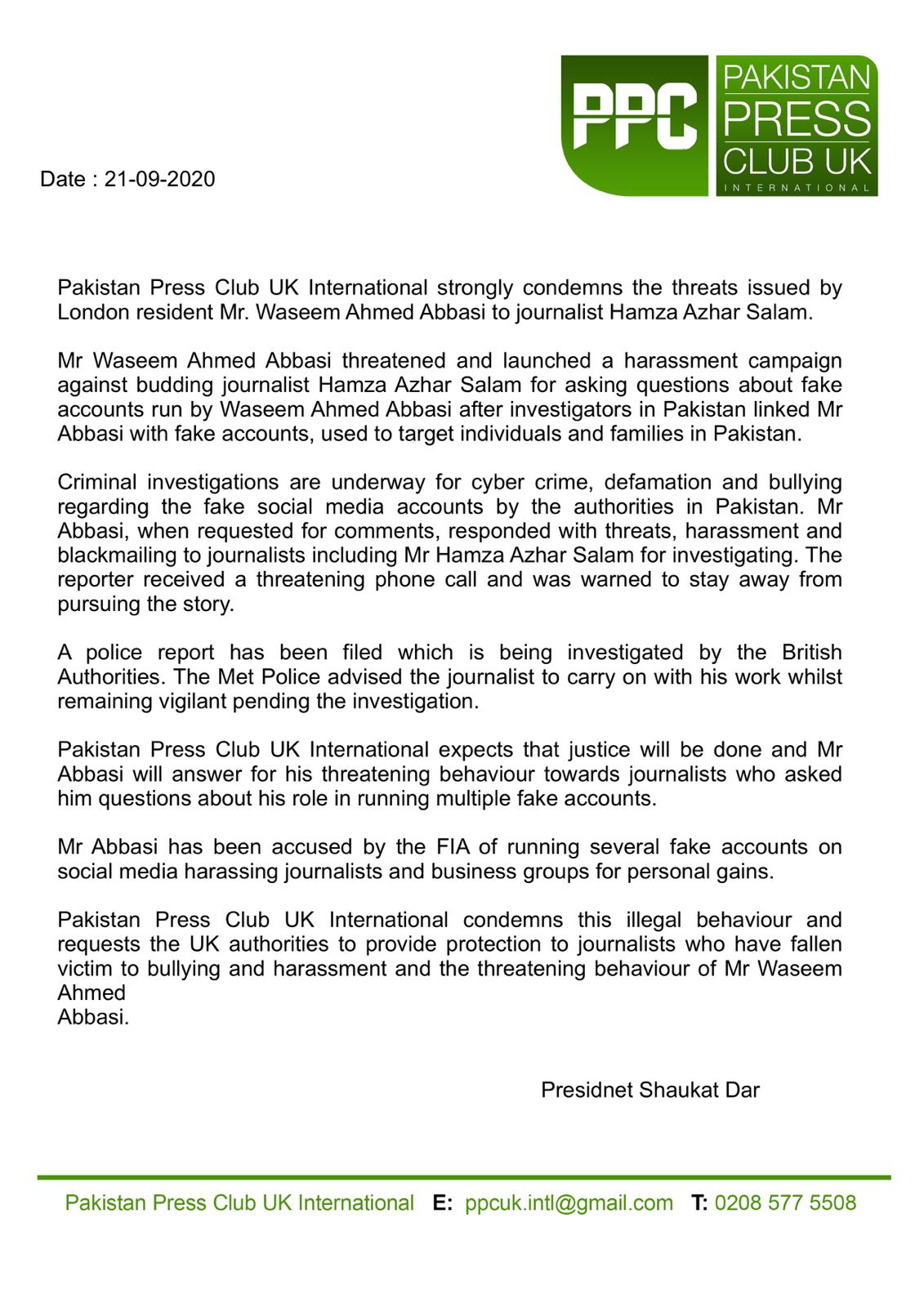 Criminal investigations are underway for cyber crime, defamation and bullying regarding the fake social media accounts by the authorities in Pakistan.

In a press release, President of Pakistan Press Club UK Mr Shaukat Dar said that Waseem Ahmed Abbasi, when requested for comments, responded with threats, harassment and blackmailing to the journalists including Mr Hamza Azhar Salam for investigating. The reporter received a threatening phone call and was warned to stay away from pursuing the story.

Shaukat Dar confirmed that a police report has been filed which is being investigated by the Metropolitan Police authorities. The Met Police advised the journalist to carry on with his work whilst remaining vigilant pending the investigation, he said.

The press release said: “Pakistan Press Club UK International expects that justice will be done and Mr Abbasi will answer for his threatening behaviour towards journalists who asked him questions about his role in running multiple fake accounts. Mr Abbasi has been accused by the FIA of running several fake accounts on social media harassing journalists and business groups for personal gains. Pakistan Press Club UK International condemns this illegal behaviour and requests the UK authorities to provide protection to journalists who have fallen victim to bullying and harassment and the threatening behaviour of Mr Waseem Ahmed Abbasi.”