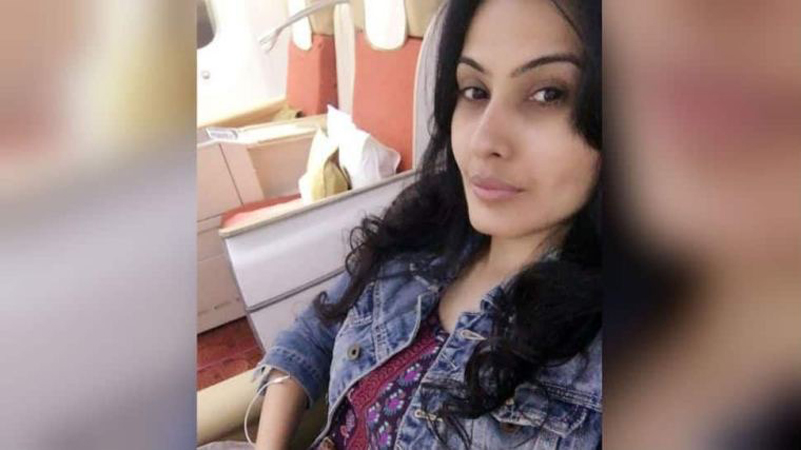 TV star Kamya Panjabi has lashed out a troll in a strongly-worded tweet after he targeted Jaya Bachchan’s granddaughter Aaradhya Bachchan in his post.

It happened after Kamya supported actress-politician Jaya Bachchan’s speech in Parliament slamming those who are tarnishing the film industry’s image.

The troll tweeted to Kamya saying, “Everyone’s time will come… don’t worry Aaradhya is getting younger.” To which, Kamya, without mincing words, wrote, “Sick! That’s what you are! That’s how you all are! Aapki side lekar kaho toh bahot achhe aur agar sach kaho toh kisike bache ko bhi bich meh laane se pehle nahi sochte ho! I have been through this all my life! Trolling me and my daughter has become a trend now for people like you!”

On Tuesday, Jaya Bachchan, who is Samajwadi Party MP, without taking any name, stated that she was “ashamed that yesterday one of our members in the Lok Sabha, who is from the film industry, spoke against it.” It was indirect jibe at actor-BJP MP Ravi Kishan, who earlier raised the issue of the use of drugs in the film industry.

“I was really embarrassed and ashamed yesterday one of our members in the Lok Sabha, who is from the industry spoke against (I am not taking the name) the film industry. It is a shame ‘jis thali mein khate hai usi me chhed karte hai’, galat baat hai. I need the protection, this industry needs protection and support of the government”, Jaya Bachchan said.