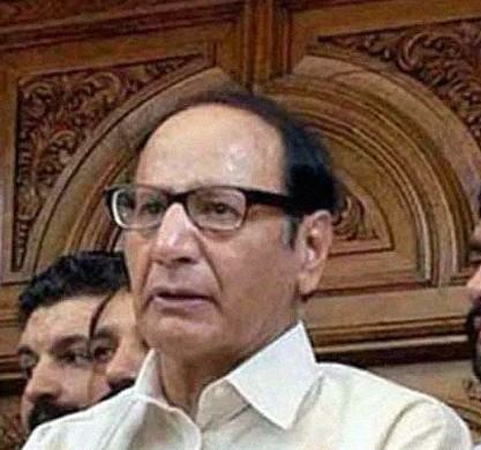 Pakistan Muslim League (PML) President and former Prime Minister Ch Shujaat Hussain in his reaction to Nawaz Sharif speech has said that every time on coming into power Nawaz Sharif took up fight with the army and weakened the institutions, as the prime minister he should have created national stability, solidarity and national security which he did not do.

Ch Shujat Hussain said that in his speech Nawaz Sharif mentioned about rigging but forgot to mention rigging done in his favour, Nawaz Sharif said that the country has been turned into a laboratory whereas he himself had laid the foundation of this laboratory and in 1990 election he himself had announced result at 12 noon whereas the Election Commission to announce the result in the evening, at that time it was Nawaz Sharif who had requested the Election Commission that the army should assume responsibility for the election, then the army was good now it has become bad, Nawaz Sharif accused the institutions of hijacking the election and dishonesty whereas he had himself done this work for becoming the prime minister, Nawaz Sharif should have thought before talking about Chairman that he himself had nominated him. Ch Shujaat Hussain that decisions are not to be taken by Nawaz Sharif but by the people and now the people will not accept decisions of dishonesty again.