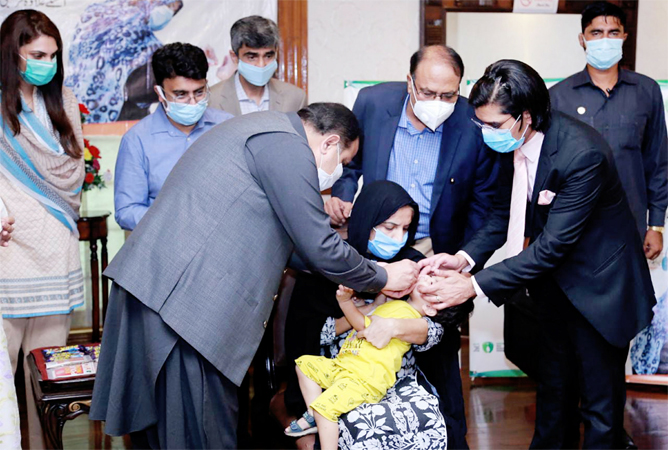 The provincial cabinet, which met here under the chair of Chief Minister Punjab Sardar Usman Buzdar at his office on Monday, approved to purchase imported wheat from Trading Corporation of Pakistan and allowed food department to enter into an agreement with the TCP for this purpose.

It constituted a committee to submit recommendations for deciding about the new support price of wheat. The meeting also approved financial aid to heirs of affectees of Hathi Chowk Rawalpindi blast.

Addressing the meeting, the CM directed to submit comprehensive recommendations for reviewing wheat support price before sowing of the new crop adding that Punjab is the only province where flour bag is available at a fixed rate. He vowed that every step will be taken to stabilize the prices of wheat and flour and directed to take advance measures keeping in view the future needs of the province. Full attention should be paid to provide relief to the masses, he added.

Talking on this occasion, the CM stated that one lakh and 10 thousand workers and supervisors will administer anti-polio drops to 2 crore and three lakh children till September 25th. The field teams will be provided gavel-to-gavel security; he continued and directed DCs to monitor the campaign in their areas. He appealed to the parents to get their children administered anti-polio drops as it’s vital to safeguard their future. We will save our children from this fatal disease and every stratum of the society should play its role in this regard, he stressed. The CM asked the line departments to work in tandem to produce desired results and vowed the government, as well as the whole nation, will work with renewed vigour and zeal to defeat the menace of polio disease.

Secretary Primary and Secondary Health, Secretary Information, Commissioner and DC Lahore and others were also present.

Chief Minister Punjab Sardar Usman Buzdar has taken notice of rape of a woman during dacoity in Depalpur and sought a report from RPO Sahiwal. He has directed strict action against the culprits adding that the affected woman be provided justice at every cost.

Chief Minister Punjab Sardar Usman Buzdar has condoled the loss of lives in a road accident near Chakwal and directed to provide best treatment facilities to the injured. He sought a report from the administration and extended sympathies to the bereaved heirs.