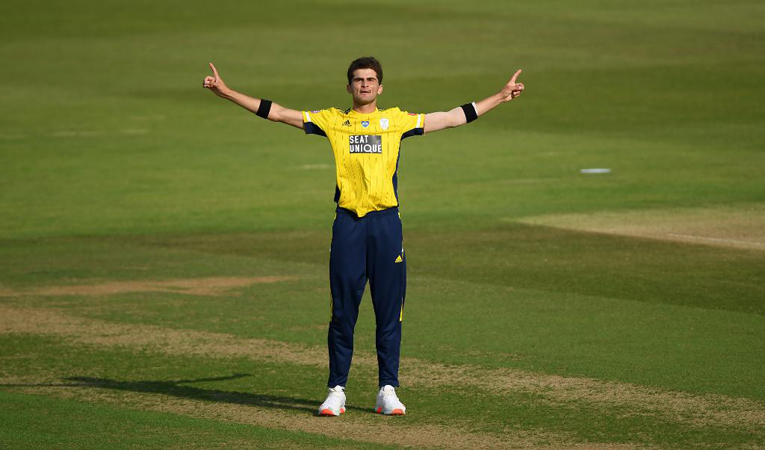 ISLAMABAD: Pakistan fast bowler Shaheen Shah Afridi on Sunday became the first Pakistani bowler to take four wickets off four consecutive deliveries in a T20 match. Afridi performed this feat while representing Hampshire against Middlesex in a T20 Vitality Blast match. In the match played in Southampton, Afridi dismissed both of Middlesex’s top-scorers before dismantling their tail in the decisive 18th over. He took the last four wickets on four successive deliveries and not only completed his hat trick but also became the first Pakistani and seventh player over to achieve the unique feat in T20 cricket. Before Afridi, Afghanistan’s Rashid Khan and Sri Lanka’s Lasith Malinga in international matches, while West Indies’ Andre Russell against India, Bangladesh’s Al-Amin Hussain, India’s Abhimanyu Mathi and James Allenby in various domestic matches have accomplished this achievement. Pakistan’s Aamir Yameen has taken four wickets off four balls in T10 cricket while Ali Gohar, Fazal Akbar, Kamran Hussain, Khalid Usman, Tabish Khan, and Taj Wali have also taken four wickets off four balls in first-class cricket.

Shaheen, while talking to media, said that his aim was to end the county season on a good note, adding that the goal was to hit his target for dot balls. “The county season with Hampshire has been quite a good experience and the lessons learned by English County will be useful in the future,” the bowler said, sharing that he was looking forward to replicating his performances in the upcoming Pakistan Super League (PSL) matches. “Wishing to win the trophy for Lahore Qalandars this time,” he added.