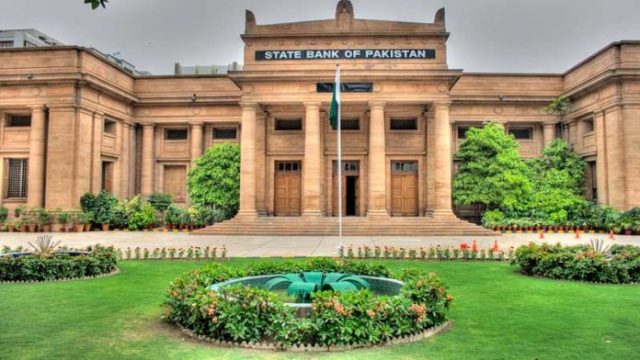 KARACHI: The State Bank of Pakistan (SBP) left the benchmark interest rate unchanged at 7% for the next two months.

The decision taken by the SBP Monetary Policy Committee (MPC) was largely in line with market expectations, as the policy remains an effective tool available with the central bank to control inflation.

“This reflects the decline in Covid-19 cases in Pakistan and the easing of lockdowns, as well as the timely stimulus provided by the Government and SBP. At the same time, the forecast for inflation has risen slightly, primarily due to recent supply side shocks to food prices,” said the bank.

The SBP said that average inflation was expected to decline to 7-9% for FY21 “rather than marginally below”.

The press release further credited the measures taken by the SBP during the pandemic led to “significant liquidity and further lowered funding costs” for businesses and households.

“Together, these monetary measures have injected an estimated stimulus of Rs. 1.58 trillion, or about 3.8 percent of GDP, in the cash flow of businesses and households,” it said.