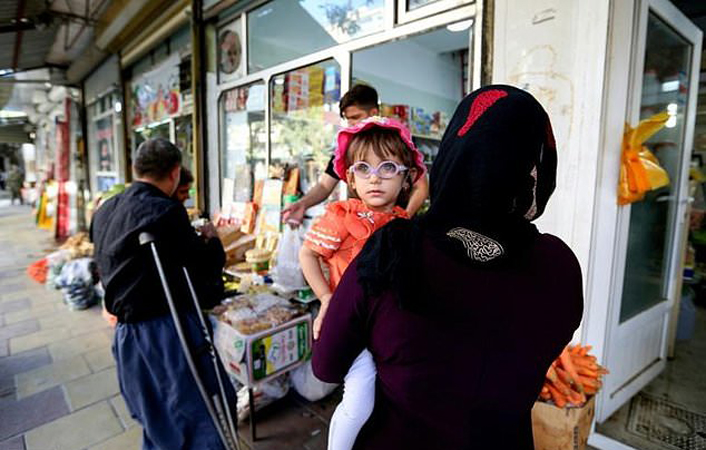 Thirty-three years have passed, but the survivors of an Iraqi poison gas attack on the Iranian town of Sardasht still suffer — and fight for international recognition of the horrific massacre.

“If someone lost a leg or an arm in the war, you can put a prosthesis on him,” said Saleh Azizpour, who heads an association for victims of the attack.

“But when our lungs are burned, who will breathe for us?” he asked.

Iraq’s June 28, 1987, gas attack on Sardasht, a Kurdish town in northwestern Iran, is considered to be the first time chemical weapons deliberately targeted civilians in an urban area.

“The dead and wounded range from a three-month-old to a 70-year-old man,” Azizpour said. “All were civilians.”

Some 8,000 people were exposed to what experts say was mustard gas and many who survived are struggling with long-term health complications.

“Even today, there is sometimes so much pressure on my lungs… that I really cannot sleep,” said Mahmoud Assadpour, a 50-year-old teacher.

The impact of the novel coronavirus, which has hit Iran hard, is a threat to survivors, said Rojane Qaderi, a doctor who heads Sardasht’s public health network.

“As their immune system is weak… their chances of survival are low,” Qaderi said.

Survivors of the attack are asked to stay in their homes for protection against the virus.

“We are at home, we do not go out, it is as if we are in a cage,” said Mohammad Zamani, 59, who remembers hearing “muffled bangs” as the gas canisters dropped.

His wife, Leila Marouf Zadeh, was a volunteer nurse.

She recalls cries of the wounded at the field hospital begging for help, many people that she knew.

The skin of some victims turned red from burns from the incapacitating gas.

“Some had crimson breasts, others, their whole bodies,” she said.

But after a few hours helping the survivors, she too felt the stinging impact. The gas had blinded her temporarily.

Rassoul Malahi, a retired farmer who uses an artificial respirator to breathe, tells a similar story. He was left “totally blind” for 18 days.

“The consequences of mustard gas are permanent,” said Qaderi.

“It affects or destroys the lungs. You have to learn to live with it.”

The list of symptoms include sore and swollen eyes, red and itching skin, as well as a shortness of breath, difficulty in moving and exhaustion, she said.

Now there is an extra problem.

Since the United States reimposed crippling sanctions against Iran in 2018, it has been hard to find the drugs needed for survivors.

But it took the UN Security Council until 1986 to deplore the “use of chemical weapons” in the conflict.

Even then, it avoided singling Iraq out specifically for blame.

The same phrasing was used after the attack on Sardasht.

Survivors say the feeble response from the international community was tantamount to complicity in the attack.

The UN Security Council’s five veto-wielding permanent members — Britain, China, France, the US and, in 1987, the Soviet Union — all supported Iraq.

Several Western companies and governments are accused of having contributed to Iraq’s chemical weapons programme in the 1980s.

The town, with modest flat-roofed homes built on the slopes of a hill, is surrounded by farmland.

At first sight, there seem few signs of what happened.

Only a commercial building, its upper floor gutted by bomb damage, offers a clue.

At the time, Iraqi warplanes frequently dropped bombs on the town, a short distance across the border into Iran.

People remember the deafening explosions they made.

But that June afternoon, when gas canisters were dropped on four different neighbourhoods, they fell without making the usual terrifying bang.

He knew what it was, because he had seen it while a soldier at the front in 1984.

“I was the first to say it was a chemical bomb, because I had experienced it before at the front,” he said.

But others did not believe that poison gas could be used against civilians.

So they did what they had been told to do to stay safe during conventional bombing raids, they took cover on the spot or in underground shelters.

But the toxic gas swiftly penetrated them.

Some realised what was happening and ran, like Ali Mohammadi, now 56, a street seller of cheese.

When he returned a few hours later, he found a nightmarish scene.

“In front of the Red Crescent building, the corpses were all piled up,” he said, his voice choked up at the memory.

When Saddam Hussein was captured in 2003, Assadpour said he was “happy”.

But he was “disappointed” to hear the deposed dictator was executed without being put on trial for his gas attack on Sardasht.

In 2005, Marouf Zadeh provided moving testimony in a Dutch court during the trial of Frans van Anraat, a businessman found guilty of selling the chemicals that Iraq used in the deadly gas attacks.

Van Anraat was jailed for 17 years on charges of complicity in war crimes in connection with the chemical attacks, both on Sardasht and on the Iraqi Kurdish town of Halabja, where nearly 5,000 died in an attack in March 1988.

But while the trial offered some comfort to the victims, it did not dampen their desire for justice.

So the survivors campaign for international recognition of what happened in Sardasht. They want the town to become a “symbol” — like Hiroshima has been since its destruction by a US atomic bomb — that provides a warning to ensure “it does not happen again”.