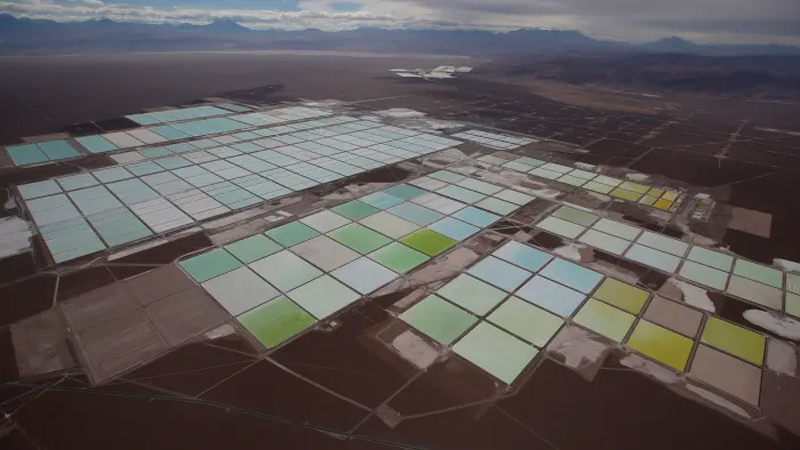 Uranium One, a unit of Russia’s state-owned nuclear energy firm Rosatom, plans to begin producing lithium by 2023, targeting between 9 percent and 10 percent of the global market by 2030.

“We are considering the acquisition of raw material assets overseas to integrate into global supply chains for final products such as batteries with localized production in Russia,” Sergey Polgorodnik, general director of Joint Stock Co TENEX, told a weekly in-house news publication.

Uranium One has been actively looking for lithium assets in the past year. In October, it inked a memorandum of understanding with Canada’s Wealth Minerals about acquiring up to a 51% interest in the company’s Atacama lithium project in northern Chile.

The asset covers a 46,200-hectare license in one of the world’s highest grade and largest sources of the white metal, which has become an irreplaceable component of rechargeable batteries used in high tech devices and electric vehicles (EVs).

Chile’s Atacama salt flat, home to leading lithium producers Albemarle and SQM, accounts for around one-third the world’s supply of the battery metal.

In December 2019, Uranium One began talks with Australia’s Prospect Resources (ASX:PSC) to buy a stake of the company’s Arcadia lithium mine in Zimbabwe.

Zimbabwe has been pushing lithium as a major draw for investors as it looks to supply 10% of the world’s needs by 2022. The country is currently the fifth-largest global producer of the white metal.