Official ‘Friends’ cookbook to be launched in September 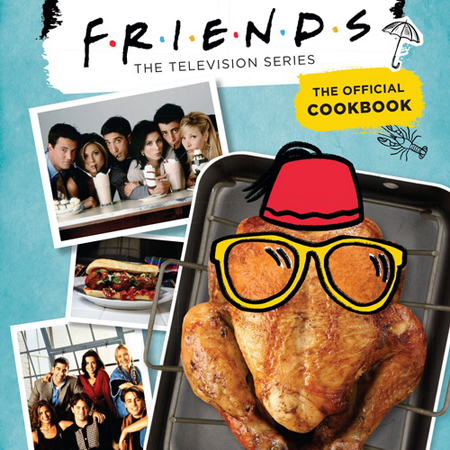 If you are a die-hard fan of the American sitcom Friends, you must be aware of the “moist maker” turkey sandwich that is Ross’ favourite, the jars of jams that Monica makes to cope up with her breakup with Richard, the trifle that Rachel makes and the cookies whose recipe is a secret of Phoebe’s grandma.

These dishes and the show achieved cult status and still remain to do so. Monica Geller being a chef could be often spotted in various episodes cooking for everyone, particularly during Thanksgiving and Christmas. Moreover, the food looked so appetizing that it definitely turned our mouths to water. All we wanted to do was to be a part of Friends, sip coffee sitting at Central Perk, and relish on some of those delicious dishes.

September has arrived with some big news for the fans of Friends. There is something for them to look forward to and rejoice—an official Friends cookbook. Due to be released by publishers Simon & Schuster on September 22 (which also happens to be the 26th anniversary of the show), the cookbook has already left everyone dreaming of the ideal way to eat their first-ever Friends inspired Thanksgiving Feast.

The book is written by Chef Amanda Yee and features 70 recipes over 176 pages. Even more interestingly, the book not only includes recipes that will make you feel like as if you have entered the world of Friends, but each recipe has been expertly paired with an episode to watch while you eat!

The blurb of the book reads: “Whether you’re a seasoned chef like Monica Geller, just starting a catering business like Phoebe Buffay or a regular old food enthusiast like Joey Tribbiani, ‘Friends: The Official Cookbook’ offers a variety of recipes for chefs of all levels.”

Some of the very popular dishes featured in the book are Janice’s ‘Oh. My. Gawd’ pancakes, Just for Joey Fries Board, the Moist Maker, Spaghetti Sandwich, Rachel’s Lobster With a Side of Lobster Roll, Joey’s Meatball Sub, among many others.