From foe to friend: how Iran transformed post-war Iraq ties 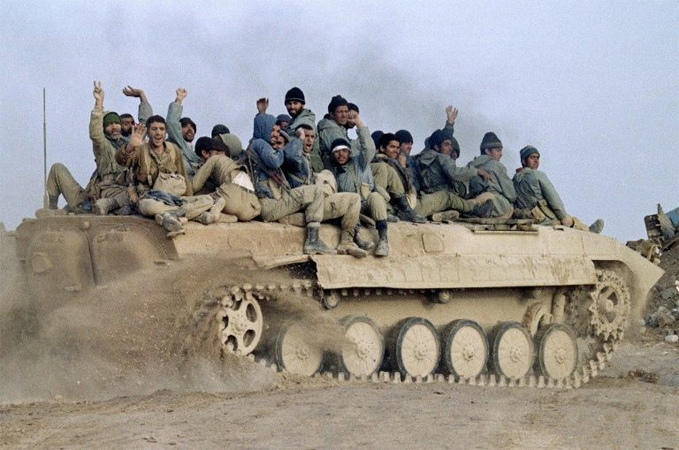 In the four decades since Iran and Iraq went to war, Tehran has turned enmity into influence, seeing its allies installed in Baghdad’s halls of power and becoming its top trading partner.

It’s a turn of events Aziz Jaber, a political science professor at Baghdad’s Mustansariyah University and a survivor of the conflict, never thought possible.

“It would have been hard to imagine at the time that this would happen — that the parties linked to Iran would now hold the reins,” Jaber told AFP.

Throughout the war, Iran offered safe haven to a range of anti-Saddam groups, from Kurdish figures to the Supreme Council for the Islamic Revolution in Iraq and its military wing, the Badr Corps — both founded in Iran in 1982. It nurtured those contacts up to the US-led invasion of Iraq in 2003 — meaning it had closer, older ties than Washington did to Saddam’s successors. In the 17 years since, Iran’s ancient allies have cycled through Iraq’s corridors of power.

Badr Corps officials still hold top positions in the security forces. Masrour and Nechirvan Barzani, whose families sought refuge from Saddam in Iran, are now respectively the prime minister and president of Iraq’s Kurdish region. “Iran has cunning politicians,” Jaber said. “It did not develop proxies solely for the purpose of war — it has benefitted from them since they came to power until today.”

In Iran, too, the war remains a powerful symbol: medics battling the novel coronavirus this year are likened to “martyrs” who lost their lives fighting Saddam’s forces.

The relationship goes far beyond politics.

While there was no bilateral trade under Saddam, Iranian goods were smuggled into Iraq through the porous 1,600-kilometre (995-mile) border during the 1990s, when Baghdad faced crippling sanctions.

“It’s the natural order of affairs for two countries that border one another to engage in commerce. You can make a similar argument about Poland and Germany after the horrors of World War II,” he told AFP.

As Iraq sought to rebuild following the US-led invasion, cheap construction materials from Iran were an appealing choice. That trade expanded to include food, cars, medicine and now, even electricity imports.

From apricots to painkillers, Iranian goods are sold across Iraq, at lower prices than domestic products.

Iraq is the top destination for Iran’s non-hydrocarbon goods, worth $9 billion between March 2019 and March 2020, according to Iran’s chamber of commerce.

With Iran’s economy increasingly strained by US sanctions since 2018, Tehran is relying on Iraq more and more as its economic lung.

“Iranian companies are looking for somewhere full of consumers, as you can’t grow your sales in Iran now because things are tough,” said Batmanghelidj.

Iran’s ballooning sway in politics and economics has begun to irk Iraqis.

“Iraqis in government today allowed Iran in. They handed over our country — its economy, agriculture and security,” said Mohammad Abdulamir, a 56-year-old veteran of the war.

“I fought for five years, and was a prisoner of war in Iran for another 10 — and in the end my country was handed over to Iran,” he told AFP. His frustration is felt by many others and reached a head in October last year, when unprecedented protests broke out in Iraq’s capital and south against a ruling class seen as corrupt, inept and subordinate to Tehran. Months later, a US drone strike on Baghdad killed top Iranian general Qasem Soleimani and senior Iraqi military commander Abu Mahdi al-Muhandis.