Sweden spared surge of virus cases but many questions remain 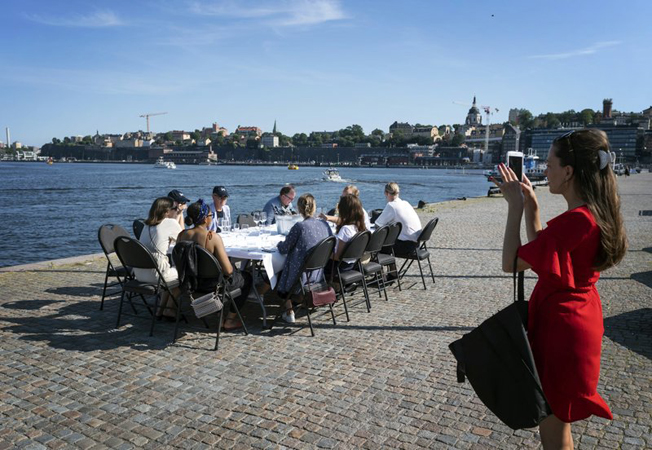 A train pulls into the Odenplan subway station in central Stockholm, where morning commuters without masks get off or board before settling in to read their smartphones.

Whether on trains or trams, in supermarkets or shopping malls – places where face masks are commonly worn in much of the world – Swedes go about their lives without them.

When most of Europe locked down their populations early in the pandemic by closing schools, restaurants, gyms and even borders, Swedes kept enjoying many freedoms.

The relatively low-key strategy captured the world’s attention, but at the same time it coincided with a per capita death rate that was much higher than in other Nordic countries. Now, as infection numbers surge again in much of Europe, the country of 10 million people has some of the lowest numbers of new coronavirus cases — and only 14 virus patients in intensive care. Whether Sweden´s strategy is succeeding, however, is still very uncertain.

Its health authorities, and in particular chief epidemiologist Dr. Anders Tegnell, keep repeating a familiar warning: It´s too early to tell, and all countries are in a different phase of the pandemic.

That has not stopped a World Health Organization Europe official from saying the continent could learn broader lessons from Sweden that could help the virus battle elsewhere. “We must recognize that Sweden, at the moment, has avoided the increase that has been seen in some of the other countries in western Europe,” WHO Europe´s senior emergency officer, Catherine Smallwood, said Thursday. “I think there are lessons for that. We will be very keen on working and hearing more from the Swedish approach.” According to the European Center for Disease Control, Sweden has reported 30.3 new COVID-19 cases per 100,000 inhabitants in the last 14 days, compared with 292.2 in Spain, 172.1 in France, 61.8 in the U.K. and 69.2 in Denmark, all of which imposed strict lockdowns early in the pandemic.