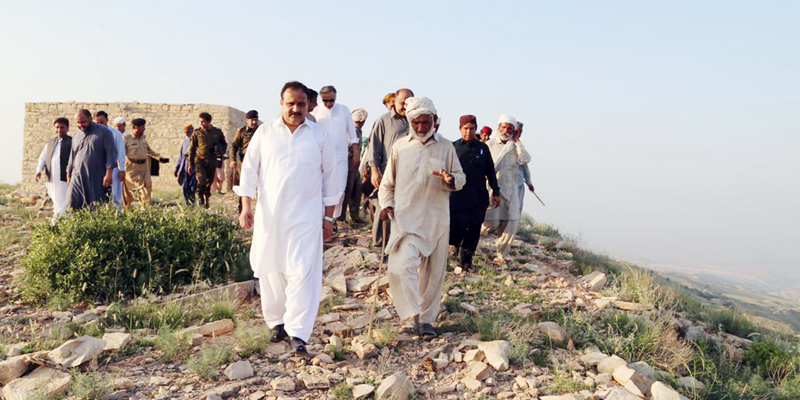 Punjab Chief Minister Usman Buzdar assured that he would leave no stone unturned to come up to people’s expectations as serving humanity remained main objective of his life and politics as well.

While reviewing development projects during presiding over a special meeting here on Saturday, he directed secretaries of concerned departments of South Punjab Secretariat to keep open their doors for well-being of its masses.

Recommendations and suggestions put up by people’s representatives must be adhered to, with none of their fair work got stopped under red-tape, he remarked.

Usman Buzdar asked officers of South Punjab Secretariat to burn midnight oil, and leave no single loophole to address people’s issues. “I myself will review development on resolving peoples’ problems, and ensure whether they are addressed satisfactorily,” he said.

The chief minister asked authorities to re-initiate police patrolling at far flung areas of DG Khan in order to ensure peace in entire region. Officers went in fields to improve coordination with locals.

Buzdar said that the secretaries of southern Punjab should keep their doors open on the public and the suggestions and recommendations of public’s representatives should also be given due consideration. He said that genuine demands of anyone should be fulfilled and people of south Punjab should not have to visit Lahore for the redress of their grievances.

Usman Buzdar said that he would hold meeting to review progress on issues resolution. He said that police patrolling in remote areas of Dera Ghazi Khan should be restarted. In order to solve people’s problem officers should make better liaison with them. He said: “Public service is our mission.”

CM’s visit to Aafi Bandh was a matter of great pleasure for the people. Chief Minister Usman Buzdar and his team were served goat milk tea. The Chief Minister inquired about the locals. People of informed him about the problems of the area.

Usman Buzdar announced to setup a school and a picnic point in Aafi Band area and directed the to place a water tank for ensuring the provision of potable water to the people. He said path lead from Basti Zain will be declared a Public Path. “The Punjab government will review the possibility of starting sewerage and water supply schemes for the area. Koh-e-Safaid is part of Punjab but is centuries behind in development. I got Chief Ministership for the redressal of the deprivations of areas like Aafi Bandh and I am the advocate of the people of the backward areas,” CM added.

He said that solving people’s problems is his responsibility. Those who are sitting in air-conditioned rooms do not even understand the difficulties of the common man. Meeting with the people of backward areas and solving their problems is his first priority, Usman Buzdar asserted.