Rashakai Special Economic Zone: a land of growing opportunities for the region 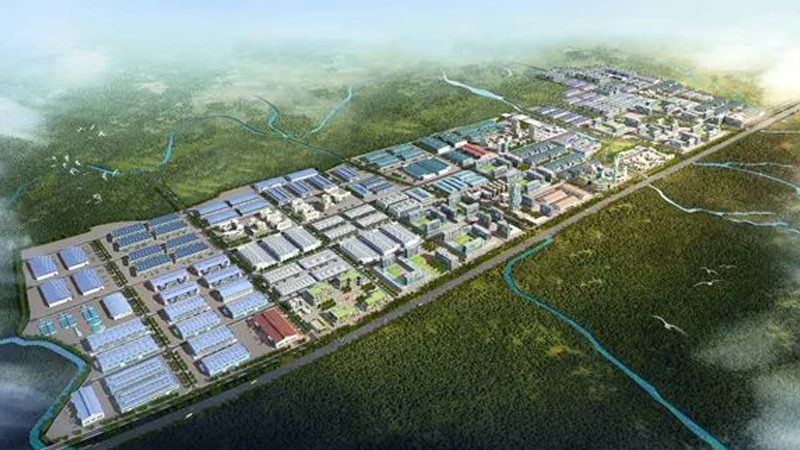 Rashakai Special Economic Zone (RSEZ), is considered a land of opportunities that would not only bring employment opportunities for common people but also will change the destiny of the region, said Hassan Daud Butt, CEO, Khyber Pakhtunkhwa Board of Investment and Trade (KP-BOIT).

The RSEZ would be developed under the China-Pakistan Economic Corridor located at Nowshera- Mardan Road, around 57km away from Peshawar airport in the country’s northwest Khyber Pakhtunkhwa (KPK) province.

Talking to China Economic Net, he said that anything that is produced within this SEZ can easily be exported to Afghanistan and through road connectivity from Gwadar, it can easily be exported to the rest of the world. Therefore, this is a great milestone that has been achieved by both governments, he said in an interview with China Economic Net (CEN), a major Chinese news website.

Hassan Daud Butt said, “The peace in Afghanistan also promises a great future for this region.

So, I think we will request our Chinese friends to come and explore the opportunities and incentives that are being offered by the government. They’re quite lucrative. Anyone who gets the first user advantage will have a great opportunity to leverage to grow.”

“Peace in Afghanistan also promises a great future for this region. So, I think we will request our Chinese friends to come and explore the opportunities and incentives that are being offered by the government. They’re quite lucrative.

Anyone who gets the first user advantage will have a great opportunity to leverage to grow” he added. A signing ceremony of the development agreement of the Rashakai SEZ was held on September 14, 2020 in Islamabad and Hassan Daud Butt signed the treaty from the Pakistani side.

“I think Rashakai special economic zone will contribute immensely towards the geo and socio-economic conditions of not just only in Khyber Pakhtunkhwa but entire Pakistan. It will create around 200,000 job opportunities and will bring different industries that can-do import substitution and bring new technologies”, he told.

Daud mentioned this project is within the umbrella of CPEC and Belt and Road Initiative (BRI). This is the first special economic zone that is being developed in a public-private partnership. if this experiment proves to be fruitful, I think many similar special economic zones will follow.

The other important aspect is the location of the special economic zone that is near to Peshawar and also not too far from the Pak-Afghan Torkham border, he added.

Regarding the question about what kind of incentive Chinese investors would get, Daud told, there are many incentives under the framework of CPEC Special Economic Zone Act 2013; that stipulates industry that is set up in any special economic zones under CPEC would get tax relief for 10 years on import duty and also on income tax for a similar period.

He said that for the developer there is an exemption on import of development equipment for one time so that they can develop the special economic zone on modern lines. Besides this, the government offers special security for foreign investors. Lastly, the human resource of Khyber Pakhtunkhwa is not just cheap but is also extremely efficient.

Daud specified that they had a discussion with Chinese and other potential investors that showed interest in consumer products, light engineering products, textile, food processing and even mobile phones which can be not just used to Pakistan but also exported to China and other part of the world.

“I also see some heavy industry like steel coming this way because there is a growing demand for construction equipment and material, as the Pakistani Prime Minister initiative on the construction sector. The Agro-industry which is eco-friendly will be extremely welcomed”, he expressed.

Butt said that Rashakai Special Economic Zone will be developed in three phases, in the first phase, the infrastructure and road network will be developed, and also the industries can start the development after the bidding process.

The first phase would be completed in less than two years. The second phase will largely be about expansion and looking at modern trends and inviting new technologies. The last phase will again be about the expansion of this SEZ. Initially, Rashakai SEZ would cover about 1,000 Acre land and will be increased to 4000 Acre after the completion of all phases.

After the merger of Federally Administered Tribal Areas (FATA) With Khyber-Pakhtunkhwa (KPK) province more and more youngsters are now getting a higher education and employed in not just from Khyber Pakhtunkhwa but in entire Pakistan. I see a lot of commerce and economic activity happening in North Waziristan and South Waziristan, Daud stated.

“The people from FATA will naturally become the employment pool for this special economic zone because they are extremely hardworking, extremely talented, and they have the historic knack of economic and trade activities.