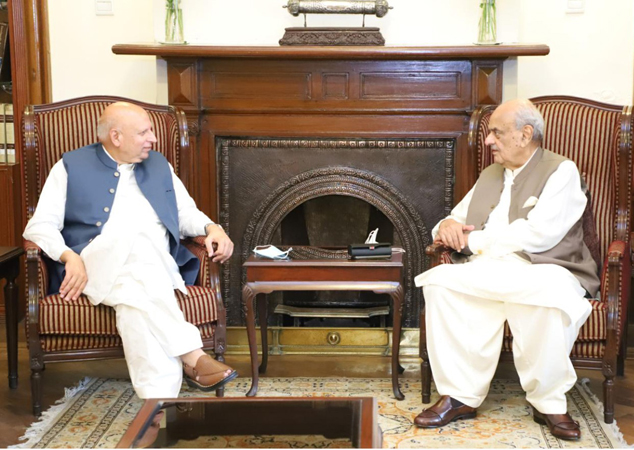 He said, “We have no danger from opposition’s APCs and neither will we let them pressurize us. We will continue to move forward on our mission to serve the public.” He said that Prime Minister Imran Khan only talks about safeguarding national interests whereas the opposition parties are pursuing their own political and personal interests. “Completing five-year term is our democratic and constitutional right. General elections will be held in 2023 and the opposition should wait for elections rather than resorting to protests. Accountability is a must for progress and development of Pakistan and completing legislation regarding FATF is a great achievement of PTI government.”

Interior Minister Brigadier (r) Ejaz Shah said that “our government is ensuring transparent and indiscriminate accountability. For the first time, we are introducing reforms in public institutions. The public has given us a five-year mandate and we will complete our term.”