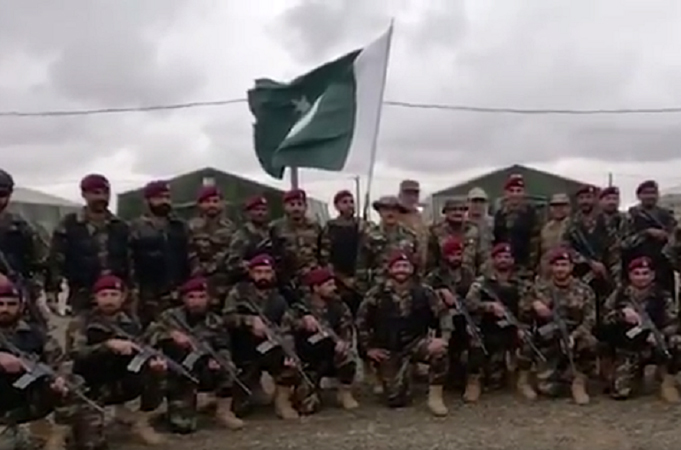 A contingent of the Pakistan armed forces participated in the opening ceremony of multinational military exercises titled ‘Kavkaz 2020’ in the Russian city of Astrakhan on Saturday, the Inter-Services Public Relations (ISPR) said. According to Maj-Gen Babar Iftikhar, the director general of the ISPR, the weeklong Kavkaz 2020 exercises, which will begin on Monday, are aimed at assessing ability of troops to react to various challenges and learn from each other’s experiences. More than 80,000 personnel are expected to participate in the strategic command exercises this year. During the exercises, which run from September 21 to 26, participants will have the opportunity to demonstrate their cutting-edge military hardware and technology. Pakistan had also participated in the similar series of exercises called ‘Tsentr 2019’, in Russia last year. The wargames were joined by troops from Kazakhstan, Kyrgyzstan, Tajikistan and Uzbekistan and other countries. Other countries in the region were also invited to participate in the Kavkaz 2020. However, India backed out from participating at the last minute. Defence experts suggested that India might have run away from the exercises because of the presence of Pakistan and China. India appeared fully prepared to participate in these exercises by August. However, the humiliation of its troops at the hands of the Chinese in the dispute over the Indo-China border is believed to the reason for India’s withdrawal from the exercises.