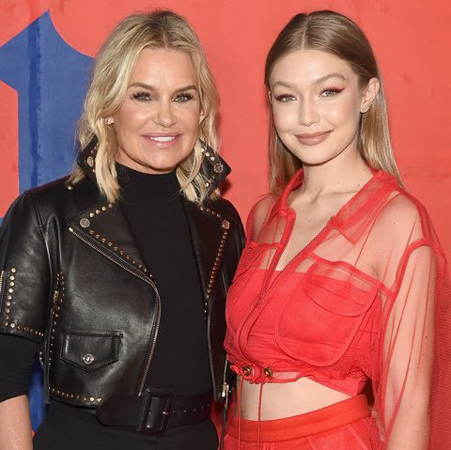 Gigi Hadid’s mother, with her latest Instagram post, has dismissed speculations her daughter has already welcomed her first child with former One Direction singer Zayn Malik.

Yolanda turned to Instagram and shared a rare picture of herself with Gigi and wrote with a heart emoji, “Waiting patiently for her angel to be born.”

The endearing post confirms that Gigi has not yet given birth.

The endearing post confirms that Gigi has not yet given birth

Mohamed Hadid posted a touching letter to his sweet grandchild, taking the internet by storm and giving plausible reasons for fans to speculate that baby ZiGi has already arrived.

Now, Gigi’s mom has confirmed her daughter is still very much waiting for their bundle of joy to arrive, as in the monochrome picture, Yolanda could be seen resting her head on the model’s belly and ‘patiently waiting’ to become a grandmother.

Earlier, on Friday, Gigi herself had also shared her latest photos, flaunting the baby bump.