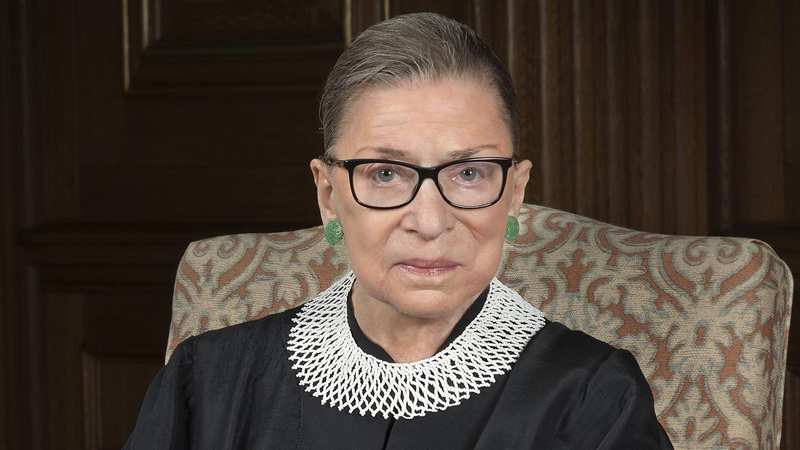 Hollywood is paying tribute to Supreme Court Justice and feminist icon Ruth Bader Ginsburg, who died on Friday, Sept. 18 at the age of 87.

A statement from the Supreme Court announced she died from cancer complications. Ginsburg was “surrounded by her family” at her home in Washington D.C.

The Columbia Law School grad was nominated to the highest court by President Bill Clinton in March 1993 and served for more than 25 years. Ginsburg’s historic life was depicted in multiple films, including the documentary RBG and the film On the Basis of Sex starring Felicity Jones and Armie Hammer.

Mariah Carey honored her legacy, writing on Twitter, “Thank you for a lifetime of service. Thank you for changing history. We will never let it be undone. RIP RBG.”

Captain Marvel actress Brie Larson thanked Ginsburg for advancing women’s rights, saying, “We’ll keep pushing our way into all the places we’ve yet to be invited.”

Kristen Bell added, “Few women who’ve lived on planet earth have been as committed to helping others as Justice Ruth Bader Ginsburg.” Elizabeth Banks, a reproductive rights advocate like Ginsburg, called the lawyer and justice a “hero.”