On Batman Day, watch these films featuring the superhero online 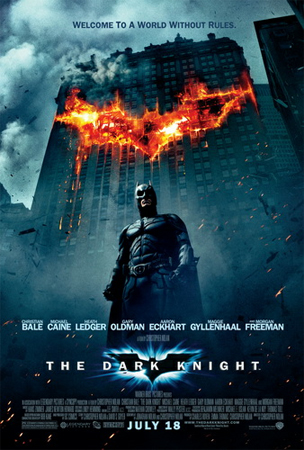 One of the most popular comic-book superheroes around, Batman has seemingly been around forever. It appears as though there is a Dark Knight for every generation.

Batman Day is a celebration of the Caped Crusader and to celebrate that day, watch these movies on the superhero online. ‘The Dark Knight’ – It was The Dark Knight that made Christopher Nolan one of the top filmmakers in the world. The uncrowned king of all superhero movies, the film released in 2008 and is still one of the fan favourites. Although it was certainly a superhero movie, it did not have a large scale climactic battle between a good guy and a bad guy, both costumed. Its antagonist was a great mind and not a great fighter. The Dark Knight also explores a bunch of complex ideas, one among them being the War on Terror.

‘Batman Begins’ — Batman Begins is more than just a Batman movie. It is also a story of prevailing over adverse circumstances. Bruce is haunted by his father’s lines that encourage him whenever he falters: “Bruce, why do we fall? So that we can learn to pick ourselves up.” Later, Alfred reminds Bruce of these lines when Bruce thinks he has lost everything in the wake of Wayne Mansion’s destruction. It is a lovely scene and epitomises in brief what the film wants to say. Batman Begins, as dark it is, is ultimately an optimistic story of overcoming one’s inner demons.

‘Batman v Superman: Dawn of Justice’ — Zack Snyder has great ideas but they don’t always translate well. It is a welcome change to pit a jaded Batman against an indignant Superman who refuses to smile. And the fight works, and it actually is comic-y in the best way, until the infamous ‘Martha’ moment. Still, if you wish to see these superhero icons slug it out in live-action, this remains your only option.

‘Justice League’ — This DC team-up movie, despite its flaws, made me more hopeful as to where DCEU is going. Of course, it gets several things wrong – the villain could not be more generic. But the jocular, fun interplay between the main characters and watching some of the greatest comic-book superheroes come to life was an unforgettable experience.