Jude Law: I feel optimistic about theatre’s future despite pandemic 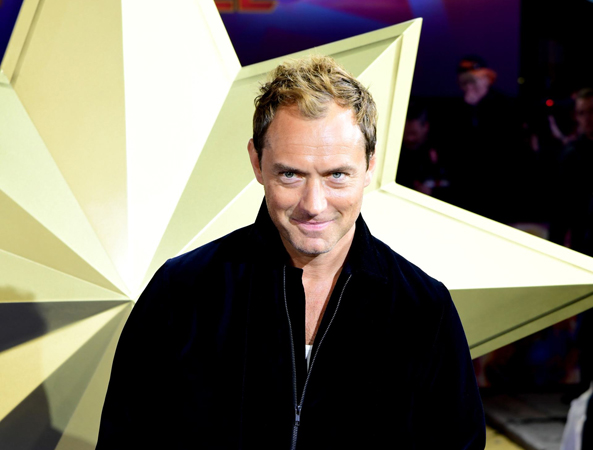 Jude Law has voiced optimism about the future of theatre, despite closed doors amid the pandemic.

The Hollywood star, 47, criticised what he called a lack of “structure” in the Government’s £1.57 billion support package for the arts.

But he told Lauren Laverne on 6 Music: “I’m not worried about theatre because it’s a part of who we are.

“We’ve been telling stories to each other for thousands of years – it goes back to sitting around campfires and I feel that will always be a part of our culture.”

But the Sherlock Holmes star said he is very concerned “about friends I have and people who are fundamental to supporting the industry who have been somewhat cut loose and really not considered”.

He added: “They are people that keep this fragile and often penniless industry afloat.”

On the Government’s support fund, he said: “There’s still no real structure in place… I know they threw around a huge figure a few months back as if it was going to save everything.

“I don’t know if there’s been any structure put in as to where and how this money will be distributed.”

However, he added: “I’m also an optimist. I like to think that this is an opportunity for us to think do we have to tie it always to buildings? There are so many interpretations of theatre and as long as there is audience and new writing and performers, then in a way theatre exists.”

His comments come after stars Dawn French and Beverley Knight led a two-minute silence outside a West End theatre.

They were joined by a group of female proprietors, directors and performers at the currently shuttered Lyric Theatre on Shaftesbury Avenue on Thursday.

Their “silent stand” called for theatres to be allowed to reopen without social distancing and highlighted a perceived lack of Government guidance on the issue.

French said: “Already we have seen several theatres around the country close, which is a huge tragedy

“We need a date from the Government to get theatres back open – safely of course – but as soon as possible, so the terrible erosion of UK theatre does not continue.”

Last week, Nimax Theatres announced it will reopen all six of its West End venues – including the Lyric – from October for a season of socially distanced shows.

However, reduced audience numbers mean they will run at a loss.

The National Theatre is preparing to transform its largest stage for a season of performances in-the-round, including a new play and a pantomime of Dick Whittington.

Earlier this month, Andrew Lloyd Webber warned the arts are at the “point of no return” amid the pandemic.

The composer and theatre impresario said it is economically “impossible” to run theatres with social distancing.