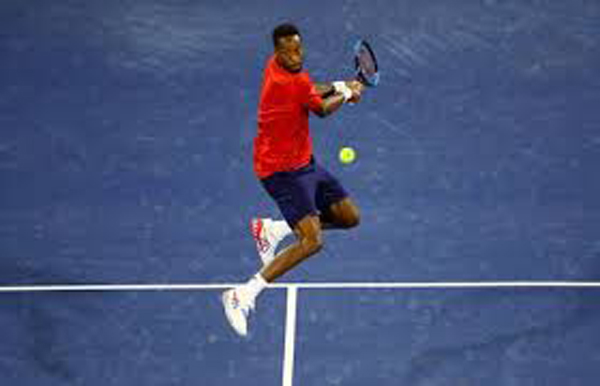 ROME: France’s Gael Monfils revealed on Friday that he had been racially abused on Instagram following his early exit at the Italian Open in Rome. Fifth seed Monfils, who had received a bye into the second round, lost 6-2 6-4 to Dominik Koepfer on Thursday after which he received the abusive comments as personal messages, with one fan calling him a “stupid black monkey” and “slave”. World number nine Monfils, 34, was playing the German, who is ranked 97, in his first match in nearly seven months after the season resumed following the COVID-19 hiatus. “Unfortunately I gave it everything, but was very bad,” Monfils wrote over one of the screenshots where a fan accused him of not trying hard enough. “Not a good evening, but I hope to come back stronger.” “You don’t deserve your top 10 ranking,” one fan said. The Italian Open is a tune-up tournament for the French Open which begins on Sept. 27 at Roland Garros.