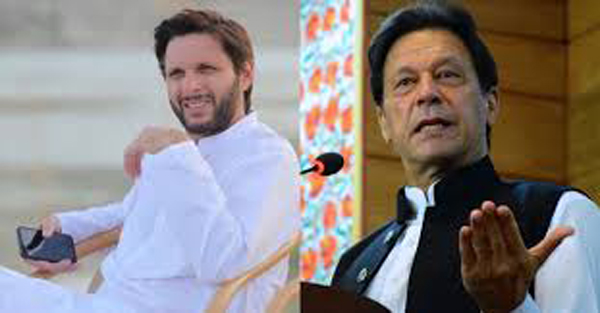 KARACHI: Pakistan’s former all-rounder Shahid Afridi, while talking to media personnel in Karachi, has backed Prime Minister Imran Khan’s stance on the revamped domestic cricket structure while claiming that the new structure should be given time to develop. The 40-year-old rubbished claims that the new structure, which saw a shift from departmental to regional cricket, was leading to massive unemployment while stating that results can only be delivered down the line. “Any new system should be given a time of at least two to three years. We shall see the results going forward. Around 290 players are contracted and receive money currently from the PCB. They are now bringing back cricket associations which will employ around 100 former players. This will provide job opportunities for many former players. It is not like they are spreading unemployment,” said Afridi. “They have just removed players that could not be a part of the future or are over age. I think this system should be allowed to move on. If our Prime Minister Imran Khan believes it will bring talented individuals to the forefront than we should support it. Results cannot be gained in a very short span,” he added.

The former star believed that an aggressive mindset and internal bravery trumped fitness in the international arena of cricket. “We put everything on fitness now. We have been very focused on that in recent times. International cricket is the domain of the lion-hearted rather than chicken-hearted players. Until you are brave from within and play attacking cricket with an aggressive mindset, you will not be able to compete against the big sides. Players should be surrounded by support staff that tells them that the best form of defense is to attack. If we see T20Is, in which we are really good, we rely on attacking the opposition which is our strength,” he said. Afridi also backed PCB Chief Executive Officer (CEO) Wasim Khan and his efforts for the betterment of Pakistan cricket. “Wasim has come from outside and he is trying to put things on the right track. The expectations with Wasim are really high. He knows the amount of responsibility he has. I think if he can deliver, he will be rewarded,” he concluded.