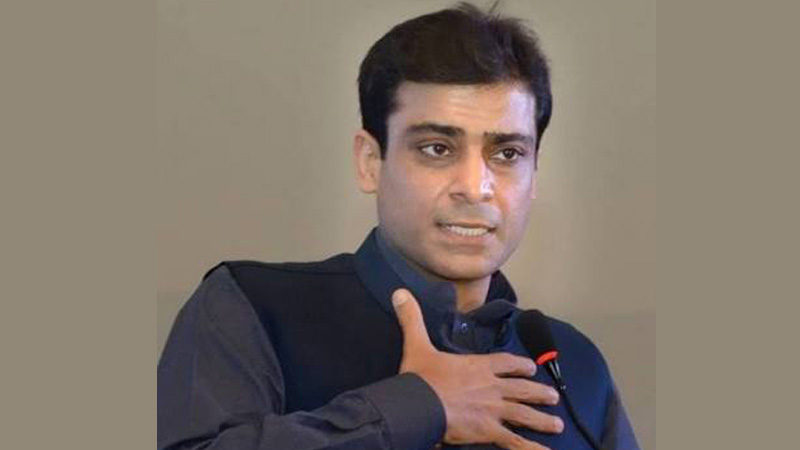 PML-N leader Hamza Shehbaz, who was diagnosed with the coronavirus last week, was taken to Lahore’s Jinnah Hospital on Friday for a medical checkup. PML-N had earlier demanded that Hamza be shifted to a hospital till his recovery from the virus.

Speaking to a private TV channel on Friday, Jinnah Hospital Medical Superintendent Yahya Sultan said the PML-N leader underwent a CT scan and other tests at the facility. He added that Hamza was sent back to jail after his tests were conducted. The reports will be available within the next few days, he said.

Hamza, who is the leader of the opposition in the Punjab Assembly, has been in the National Accountability Bureau’s (NAB) custody since June last year. The bureau is investigating two different cases against Hamza regarding money laundering and holding assets beyond means. On Sunday, Leader of the Opposition in the National Assembly Shehbaz Sharif had confirmed that his son had contracted coronavirus.

Shehbaz had said that his son, after facing cases during the Pervez Musharraf era, was now “bravely fighting political victimisation by the NAB-Niazi nexus”. He had asked people to pray for his son’s recovery.

Meanwhile, PML-N Vice President Maryam Nawaz had accused the government of not giving Hamza “the required medical attention”. “This oppressive regime has been toying with the health of political opponents by keeping them in inhuman conditions. My brother [Hamza] is the latest victim of this brutality who has tested positive for Covid-19 but not being given the required medical attention,” she had said on Twitter. She had said Hamza “has unjustly and illegally been incarcerated for more than a year now”. In March, as parts of the country went into a lockdown due to the rising coronavirus cases, Hamza had sought bail from the Lahore High Court. “The confined space of a prison makes it virtually impossible to implement the policy of social distancing. The prisoners are vulnerable and exposed to suffer irreparably in case of an outbreak. God forbid, a prison outbreak is likely to present potentially deadly risk to its inmates,” his petition stated.

It further said that in the ten months since NAB had arrested Hamza, no reference was filed against him by the anti-graft watchdog.