Kanye West shares clip of himself urinating on Grammy Award 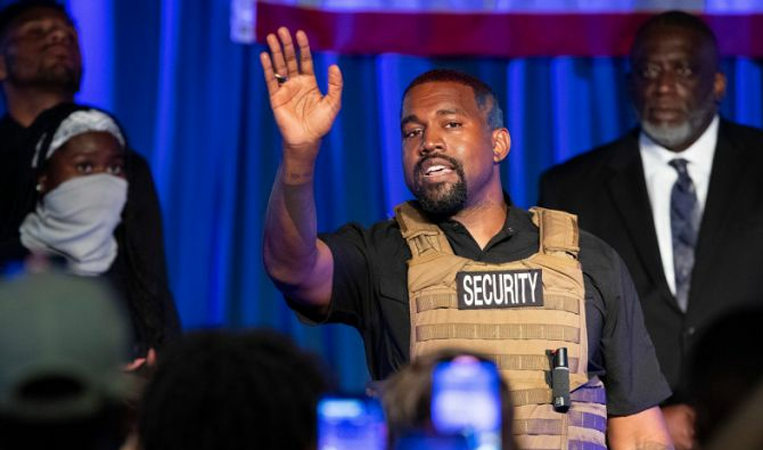 Kanye West has shared a video of himself urinating on a Grammy award as he declared: “all musicians will be free”.

It comes as the rapper compared the music industry to slave ships and announced he would not release any new music under his current contract.

In a tweet that has so far been shared more than 200,000 times, West shared a video of a Grammy award in a toilet.

He captioned the post: “Trust me … I WONT STOP,” in reference to his bid to buy his masters from Universal.

I wonder if Universal gonna call me … I promise I have more ideas … I will not stop I PROMISE YOU ON GOD.

He also uploaded screenshots of his alleged Universal Records contracts to Twitter and wrote: “ALL THE MUSICIANS WILL BE FREE”.

Less than an hour after sharing the clip on Wednesday, West explained in another post: “90 per cent of the record contracts on the planet are still on a royalty.

“A standard record deal is a trap to NEVER have you recoup, and there’s all these hidden costs like the ‘distribution fees’ many labels put in their contracts to make even more money off our work without even trying.”

West, who frequently airs his grievances on Twitter has promised not to make any new music until he owns his own masters.

He had originally been set to launch album Donda: With Child – named after his late mother – in July but the date passed without a release.

He has previously sued the SONY/ATV-owned EMI, which has administered the rights to his songs since 2003, and Universal Music Group, which owns the Def Jam Recordings label.

He said: “I need to see everybody’s contracts at Universal and Sony I’m not gonna watch my people be enslaved I’m putting my life on the line for my people The music industry and the NBA are modern day slave ships I’m the new Moses.”

West launched a highly publicised bid for the White House in July, but the campaign has been hampered by a series of failures to make the ballot before deadline in key states. He has, however, made the ballot in 12 states, including Arkansas, Colorado, Idaho, Iowa, Kentucky, Louisiana, Minnesota and Mississippi.

Before announcing his own presidential run, West had publicly backed Donald Trump.