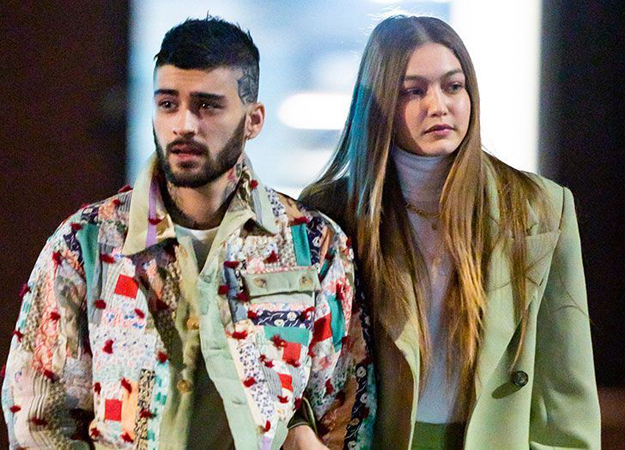 Gigi Hadid’s dad, Mohamed Hadid, may have just spilled some major news about his daughter’s pregnancy.

In a recent Instagram post that has since been deleted, the model’s father shared a snapshot of a letter he wrote, which appeared to be addressed to his “little grandchild” (aka Hadid’s newborn). He tagged her in the pic and wrote, “In the name of God [the] merciful I want to say I love you and so proud of you. @gigihadid.”

The baby’s name hasn’t been revealed yet, but the sweet letter read, “Hello little grandchild, it is me, my heart is as happy as can be. I wish for you the sun and moon, I wish for you a happy time. Know that Grandpa’s always near. I’ll do anything, anything for you my dear.”

The letter continued, “When I heard you were on the way, I smiled and wiped a tear away. I cried the tear because I knew, my heart would always belong to you.”

Fans instantly flooded the comments with congratulatory messages, assuming that his daughter’s new bundle of joy had already arrived. As of Sept. 16, the news hasn’t officially been confirmed by Malik or Hadid, but judging by the model’s pregnancy timeline, it all definitely adds up.

Hadid confirmed her pregnancy while appearing on The Tonight Show With Jimmy Fallon in April. She said, “We’re very excited and happy and grateful for everyone’s well wishes and support.” Only a month later, she debuted her growing baby bump with stunning maternity photos for the first time on Instagram.