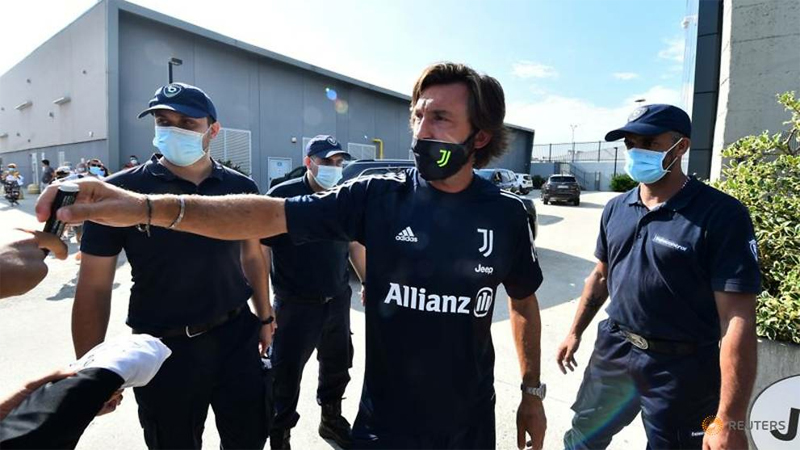 Juventus’s decision to hand the coaching reigns to untried Andrea Pirlo promises to make this season’s Serie A title race one of the most open in years with a queue of clubs waiting to pounce should the champions’ remarkable gamble backfire.

The Turin side will be bidding for a 10th successive Serie A title this season, which kicks off on Saturday, but will do so under the leadership of a man who, for all his undoubted ability as a player, has never coached at senior level before.

Pirlo, who makes his debut at home to Sampdoria on Sunday, only received his official badge on Monday after presenting his thesis at the Italian federation’s coaching school in Florence and it remains to be seen how he will adapt to the new role.

“I´m the Juventus coach and it´s natural that anyone who comes here must win,” said Pirlo after a pre-season friendly against Novara. “I know I have to win, it was like that as a player and it will be like that as a coach.” There are further question marks over Juventus, including the way in which they staggered over the finish line last season, winning only two of their last eight matches, and their dependence on Cristiano Ronaldo. While his record cannot be questioned, Ronaldo’s presence demands that the team is built around him, leaving his coach short on tactical options as Pirlo’s predecessor Maurizio Sarri found. With Juventus in transition, Serie A has become arguably the most difficult of the major European leagues to predict — not least because the transfer window does not close until Oct. 5, two weeks after the opening fixtures. Inter Milan, who finished one point behind Juve in second place last season, appear to be the most dangerous and obvious challengers to Juve’s dominance if they can overcome the inconsistency which exasperated coach Antonio Conte last season.

IBRAHIMOVIC INSPIRATION: Their neighbours AC Milan are equally intriguing. After years of midtable mediocrity, the seven-times European champions came to life in the second half of last season, partly inspired by the presence of 38-year-old forward Zlatan Ibrahimovic.

Stefano Pioli, their experienced and amiable coach, seemed to have found the right blend of youth and experience — something Milan have been chasing for years — and they were unbeaten for their last 13 matches of the season. Yet most observers agree that none of those three played the best football last season. That honour belonged to Atalanta who blasted 98 goals on their way to finishing third.