Mighty Bayern to pick up where they left off last season 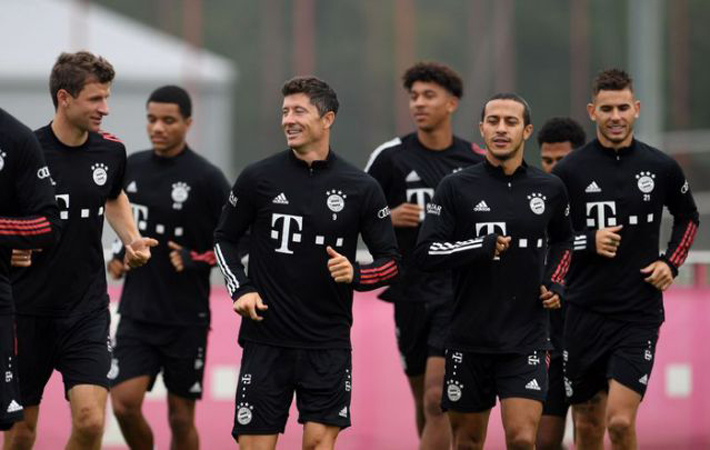 BERLIN: All-conquering Bayern Munich will attempt to pick up where they left off last season when they host Schalke 04 in the opening match of the new Bundesliga campaign on Friday, despite a short pre-season preparation, coach Hansi Flick said.

The Bavarians, who won the domestic league and Cup double before adding the Champions League title in August, are the overwhelming favourites to win a ninth consecutive league crown.

Unbeaten in 2020, Flick said he expected his team to continue that run against Schalke, with fans again banned from the Allianz Arena due to the COVID-19 pandemic.

Most stadiums will have a small number of fans allowed but the city of Munich decided on Thursday to avoid any large crowds as coronavirus infections across Germany are on the rise again.

“We had little time together to prepare but things are going in the right direction,” Flick told reporters. “Tomorrow we have to be as focused as we were in the past 10 months and do what needs to be done against Schalke.” Bayern have been in a class of their own domestically and in Europe since Flick took over last November.

Despite the fact that several players are seemingly set to depart, including Thiago Alcantara, Javi Martinez and possibly versatile defender David Alaba, the depth of their squad is still impressive.

Leroy Sane has been added in the close season from Manchester City as has talented teenager Tanguy Nianzou from Paris St Germain. Sane is also likely to start, Flick said.

“It is the first game. It is always important to be on the right track. I expect my players will do what they have been doing for 10 months now,” Flick added.

Borussia Dortmund’s young guns may be lacking experience but they make up for it with explosive power and talent, and Lucien Favre’s team will look to push Bayern harder this season after finishing the last campaign in second place.

With 17-year-old Jude Bellingham coming in to join Erling Haaland (20), Jadon Sancho (20) and 17-year-old Giovanni Reyna, the Ruhr valley club will no doubt be among the most exciting to watch, especially with captain Marco Reus back from a long injury absence.