The Islamabad Accountability Court held a hearing on mega money laundering and Park Lane reference. The court reserved its decision on former President Asif Ali Zardari’s requests for deletion of references, which will be announced tomorrow. 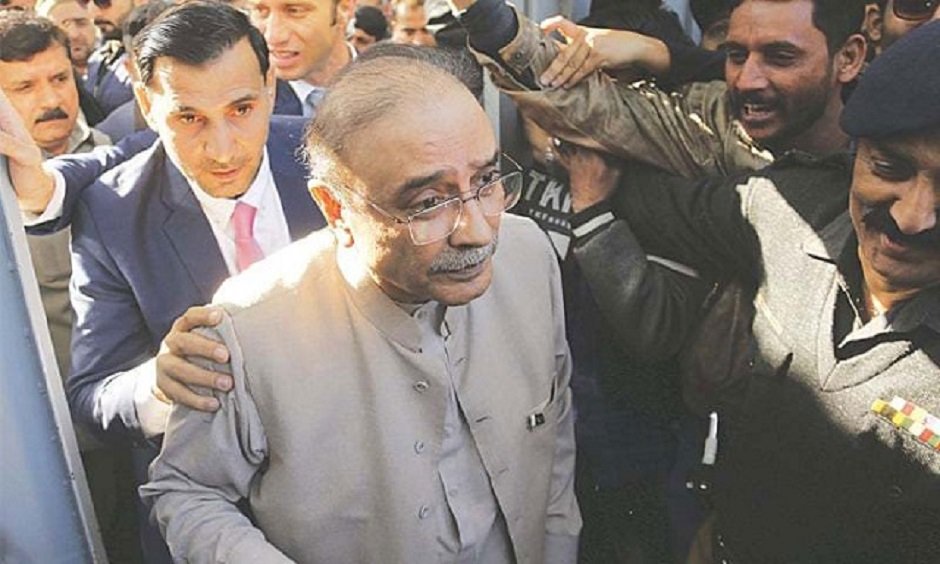 Earlier, the accountability court had indicted Asif Ali Zardari in the Tosha Khana reference in which Nawaz Sharif was declared a fugitive. In a written order of reference, the court directed the NAB investigating officer to take all possible steps for the arrest of Nawaz Sharif.

The court had directed the NAB investigating officer to take concrete steps including Interpol for the arrest of Nawaz Sharif and issue a permanent warrant for Nawaz Sharif and separate his case from other accused.

The Park Lane reference is one of the fake accounts cases in which there were 25 shareholders including Asif Zardari. It is alleged that the company twice took a loan of Rs 1.5 billion from the National Bank in 2008 in the name of fake front company Parthenon, which was not repaid later and caused a loss of Rs 3 billion to the national exchequer.

The NAB is of the view that Asif Ali Zardari, as the President, was influential in the debt forgiveness case. He got a loan from the National Bank for his fake company. Various witnesses, including former National Bank presidents, have recorded their statements in the case.