Ibsham Zahid, the boy who was recently reported to be harassing a female student with rape and murder threats, has been arrested after a social media campaign. 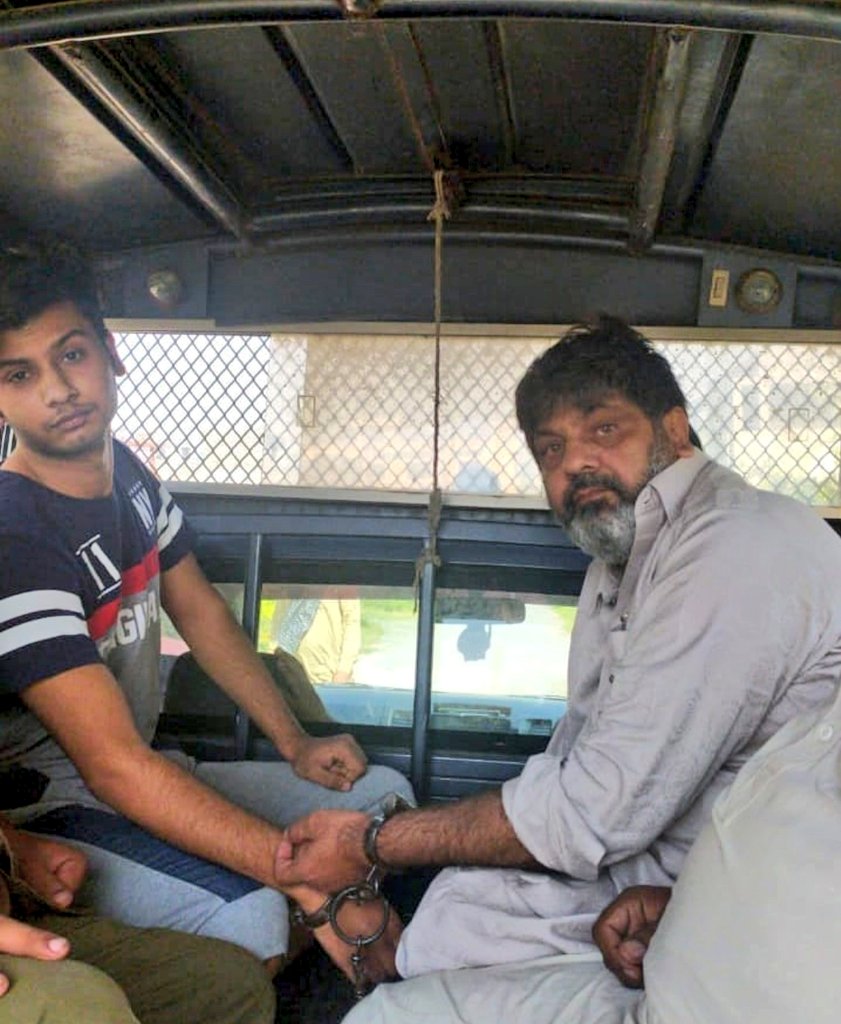 The post shared on Twitter earlier included screenshots of his messages in which he explicitly threatened her. It was also reported that Zahid and his friends had previously made an attempt to kidnap her, and continue to stalk her.

A video was shared in which the boy is seen flaunting a large cache of weapons in his room while threatening her. According to the girl, Ibsham texted her that he was not afraid of jail as his father and grandfather had also served prison sentence. She quoted him saying that his grandfather would say that jails were built for men.

It is evident from the images, videos and audio clips shared by the girl that Ibsham was forcing her into having a physical relationship with him, and her refusal bruised his ego, upon which he went as far as telling her, “it takes only thirty thousand rupees to get someone killed in Lahore, your father will be gone”.

Later, Ibsham’s sister jumped into the fiasco with ‘their side of the story’, according to which her brother is suffering from a mental illness. She claimed that Ibsham has been diagnosed with Generalized Anxiety Disorder (GAD), anger management issues and is highly emotionally unstable.

A massive uproar on social media was witnessed, with various activists joining the cause, and netizens reaching out to higher officials, as the accused reportedly prepared to flee to Dubai.

Finally, law enforcement agencies have taken action and arrested Ibsham Zahid and his father.
We hope this story doesn’t end at the arrest and the harasser doesn’t get away without being convicted.