An anti-terrorism court (ATC) in Karachi is expected to announce its verdict on Thursday in the Baldia factory fire case eight years after the incident. 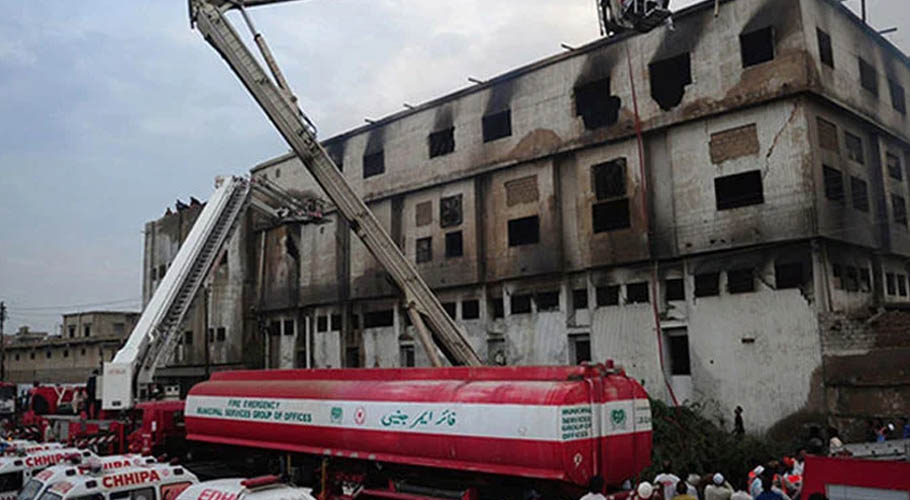 Ten people including then Muttahida Qaumi Movement (MQM) minister Rauf Siddiqui are accused in the incident. Over 260 workers were burnt alive when the multi-storey garment factory was set on fire in Baldia Town on September 11, 2012, making it the deadliest industrial blaze in Pakistan’s history.

The judge of the ATC-VII, who is conducting the trial in the judicial complex inside the central prison, is expected to conclude the trial and announce his verdict in the matter since the recording of evidence and testimonies of the prosecution witnesses, statements of the accused persons and final arguments from the special pubic prosecutor and defence counsel for the accused has almost been completed.

The court was given testimonies of 400 witnesses against the accused but around 369 witnesses were rested for being unnecessary.  The accused have denied the allegations levelled by the prosecution.

In February 2015, the Pakistan Rangers Sindh submitted a joint investigation team (JIT) report in the Sindh High Court, which revealed that the factory was set on fire after its owners failed to pay extortion and a reinvestigation was ordered.

In March 2016, the JIT recommended that a new case be registered under the anti-terrorism law. In December that year, Abdul Rehman alias Bhola was extradited after being arrested in Bangkok through Interpol.

During interrogation and his confessional statement before a magistrate, Rehman disclosed that he had instructed Zubair and others to set the factory ablaze on the instructions of Hammad Siddiqui. He also alleged Rauf Siddiqui registered a case against the owners of the factory.