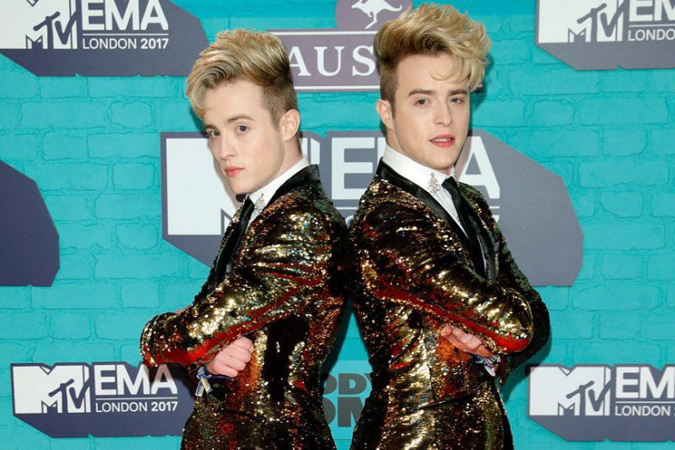 Jedward have waded into the latest JK Rowling transphobia row, suggesting their fans use her new book as firewood.

The Harry Potter author has attracted strong criticism for comments on gender identity, but vehemently denies she is transphobic.

The controversy was reignited this week when a Sunday Telegraph review of her latest book, Troubled Blood, said it features a male character who dresses up as a woman to carry out a crime.

The X Factor stars, real names John and Edward Grimes, have become the latest high profile figures to criticise Rowling for the comments, writing on Twitter: “#TransRightsAreHumanRights Understanding is the first step to acceptance @jk_rowling and only with acceptance can there be recovery.

“It matters not what someone is born, but what they grow to be!

“Every human life is worth the same, and worth saving!

“We couldn’t be more proud of our fans! Over the years seeing the growth and development finding who they are and becoming their true authentic selves!

They added: “Does anyone need firewood this winter! JK’s new book is perfect to burn next to a Romantic fire. Aww get all cozy and comfy can’t wait.”

Rowling was previously criticised by Twitter users after responding to an article with the headline “Creating a more equal post-Covid-19 world for people who menstruate”.

She tweeted: “‘People who menstruate.’ I’m sure there used to be a word for those people. Someone help me out. Wumben? Wimpund? Woomud?”

Rowling, 55, defended her comments by stating: “If sex isn’t real, there’s no same-sex attraction. If sex isn’t real, the lived reality of women globally is erased. I know and love trans people, but erasing the concept of sex removes the ability of many to meaningfully discuss their lives. It isn’t hate to speak the truth.”

She was criticised by Harry Potter stars including Daniel Radcliffe, Emma Watson and Rupert Grint.

However, Robbie Coltrane, who played gamekeeper Hagrid in the Harry Potter films, has suggested people are too easily offended and said he does not find her views offensive.

He told the Radio Times: “I don’t think what she said was offensive really. I don’t know why but there’s a whole Twitter generation of people who hang around waiting to be offended.

“They wouldn’t have won the war, would they? That’s me talking like a grumpy old man, but you just think, ‘Oh, get over yourself. Wise up, stand up straight and carry on’.”

Cracker star Coltrane, 70, said he did not want to go further because “I don’t want to get involved in all of that because of all the hate mail and all that s***, which I don’t need at my time of life.”