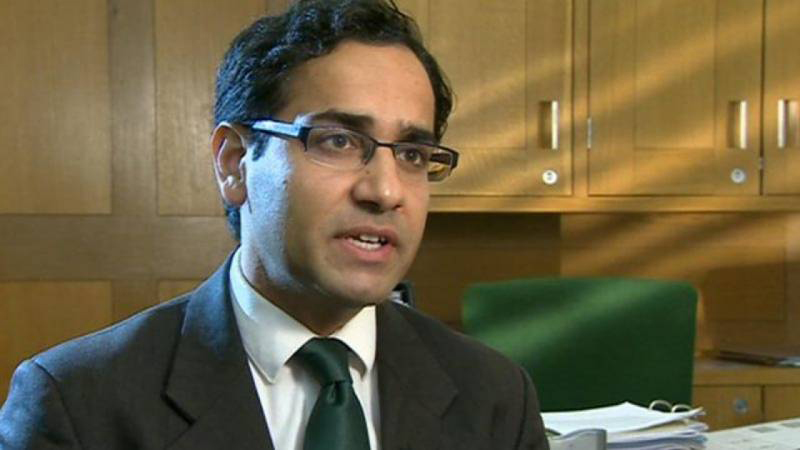 British Member of Parliament (MP) of Pakistani origin Rehman Chishti has resigned as Prime Minister’s Special Envoy on Freedom of Religion and Belief (FORB) after refusing to back the Boris Johnson’s controversial Internal Market Bill (IMB), which would give the government ministers the power to break international law.

Chishti on Tuesday did not vote for the proposed bill in the Parliament and added his name to the amendment to the Bill proposed by a fellow MP Sir Bob Neill. In his letter of resignation from the position of PM’ Envoy, Rehman Chishti reiterating his commitment to delivery Brexit, he said that having campaigned for it and his voting record matches this since the 2016 Brexit referendum. Reminding PM Johnson of his support during the leadership contest and having worked with him on community engagement and religious freedom, Chishti said that he will continue to support him as the leader of Conservative party, however he cannot support the IMB in its current form.

The letter states that “having read your letter to colleagues as well as wider statements on the matter, I will not be able to support the Bill on a matter of principle.” “As an MP for 10 years and a former Barrister Chishti said that he has real concerns with the UK unilaterally breaking its legal commitments under the Withdrawal Agreement. I have always acted in a manner which respects the rule of law. I feel strongly about keeping the commitment we make, if we give our word, then we must honour it. Voting for this bill as it currently stands would be contrary to the values which I hold dearest,” Chishti emphasized.

He said “given different views on the Bill, I regret that I must step down from my role as your Special Envoy FORB.” “It has been a real honour and pleasure to serve our country by carrying out this top Foreign Policy priority over the last year,” Chishti added.