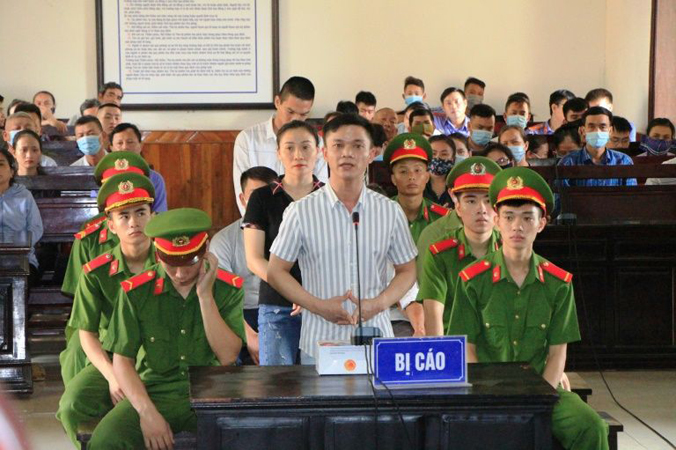 Vietnam has jailed four people over their roles in the death of 39 migrants found in a refrigerated truck in Britain last year, state media said.

The deaths of the 31 men and eight women from Vietnam, who were found in a vehicle near London in October 2019, highlighted the enormous risks of illegal migration to Europe and sparked an international outcry.

The four defendants — the youngest aged 26 and the oldest 36 — were given prison sentences of between two-and-a-half years and seven-and-a-half years by a court in central Ha Tinh province on Monday, according to the official provincial newspaper.

They were found guilty of “organising, brokering illegal emigration”, it said, adding that three others had been given suspended sentences.

But Nguyen Dinh Gia, who lost his 20-year-old son Luong in the tragedy, told AFP he believed the defendants should not have been given jail terms.

“The people involved were just trying to help and then the accident happened,” he said, adding that he had not known the trial was taking place.

“He was an adult who made his own decision and joined the trip voluntarily, with the aim to improve his life, earning money to alleviate our poverty.”

Gia said his son had wanted to travel to Britain from France, where he had been living illegally since 2018.

“It has been almost a year but whenever I think about this, it’s still painful,” Gia said.

Luong and the majority of the other migrants came from a handful of poor central provinces, hotspots for illegal migration to Europe.

The lorry carrying the victims — including two 15-year-old boys — arrived on a ferry from the Belgian port of Zeebrugge in the early hours of October 23.

They died from lack of oxygen and overheating, according to post-mortem examinations.

A number of people have been arrested and charged in Britain, France and Belgium in connection with the case, including the driver of the lorry, Maurice Robinson, of Northern Ireland, who has pleaded guilty to manslaughter. Ronan Hughes, 40, from County Armagh in Northern Ireland, also pleaded guilty to manslaughter last month.