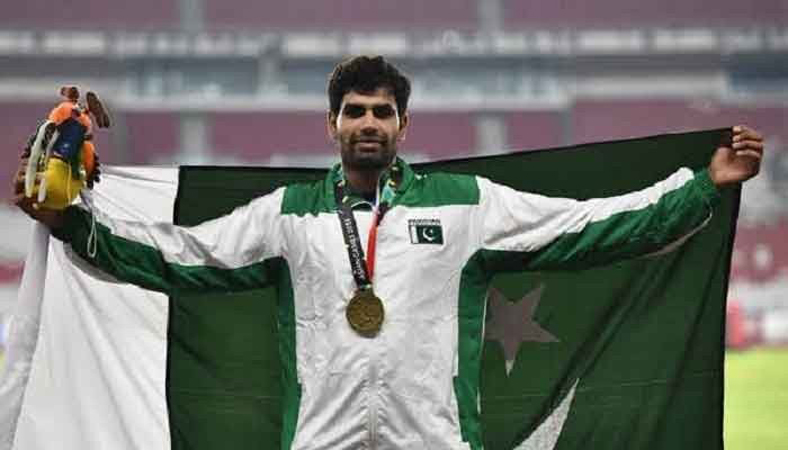 ISLAMABAD: Pakistan’s javelin thrower Arshad Nadeem on Monday vowed to get the maximum benefit out of his training opportunity in Kazakhstan. Four-time national champion, Arshad Nadeem is the first Pakistani to have qualified for the Tokyo Olympics 2021 directly and represent the country at the global sports competition. “Yes, I am very excited and am looking forward to training in Kazakhstan,” he said. The Athletics Federation of Pakistan (AFP) has managed foreign training for him. He will be sent to Kazakhstan when flights to that country resume sometime next month. Arshad said that around eight months training would be enough for quality preparation. “Eight months will be enough time and if the coach is good then I will really enjoy my training stint abroad,” said Arshad, a 2018 Asian Games bronze medallist. Arshad qualified for Tokyo Olympics after managing an 86.29m throw during the 13th South Asian Games in Nepal last year. The qualifying standard was 85 metre. Arshad was then sent to China along with four other athletes for training but the tour was cut short due to outbreak of COVID-19 pandemic. Arshad also had a meeting with the AFP chief Major General (retd) Akram Sahi in Lahore. His coach Fayyaz Hussain Bukhari was also present on the occasion. Arshad said that the AFP chief was very happy to see him. “General Sahib was happy to see my fitness which I maintained during the lockdown,” he said. Before the Olympics, Arshad will also feature in the Asian Championship which will be held early next year.