The 75th UN General Assembly session has opened but world leaders will not be physically present in the iconic hall for the annual gathering due to the coronavirus pandemic. 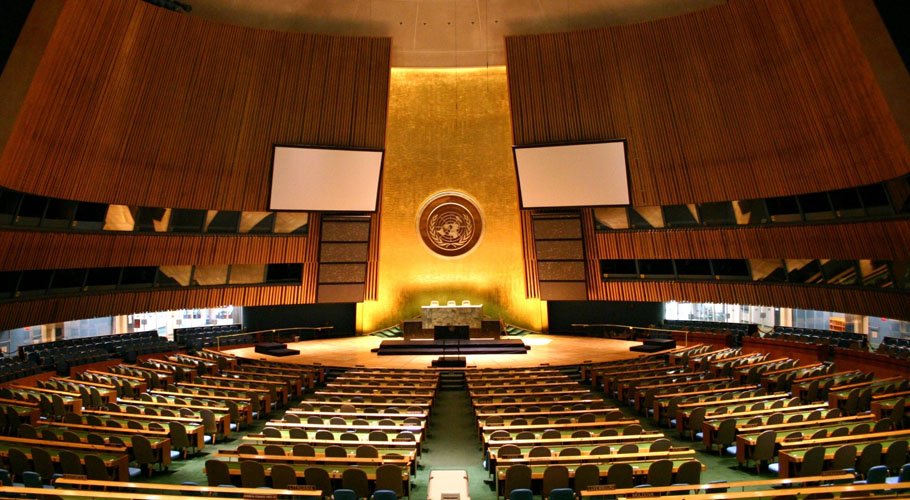 The centerpiece of the General Assembly session is the General Debate which starts on September 22, a week after the official opening, in which usually over 100 hundred heads of state and government participated in the past years to discuss key global issues.

This year world leaders will be staying away from New York and instead send pre-recorded videos of their speeches which will be broadcast as live. The United States government has notified that foreign leaders, without exception, will be quarantined for 14 days on arrival in New York.

Prime Minister Imran Khan will address the 193-member Assembly via video-link on September 25.

According to the preliminary list of speakers, he is the 6th speaker in Friday’s afternoon session.

“He (Imran Khan) is expected once again to project the just cause of the Kashmiri people and call for action by the international community to halt India’s massive violations of human rights, rescind the unilateral measures imposed in Indian Illegally Occupied Jammu & Kashmir since 5 August 2019 and promote a solution in accordance with the Security Council resolutions and the will of the Kashmiri people,” Pakistan’s UN Ambassador Munir Akram told APP special correspondent.

“He is also likely to speak about Islamophobia, including the BJP-RSS campaign against Indian Muslims; as well as on illicit financial flows and the reform and revival of the United Nations,” Ambassador Akram added.

The Prime Minister is also likely to address from Islamabad the Summit meeting on Financing for Development on Sept. 29 and the Bio-Diversity Summit on Sept. 30.