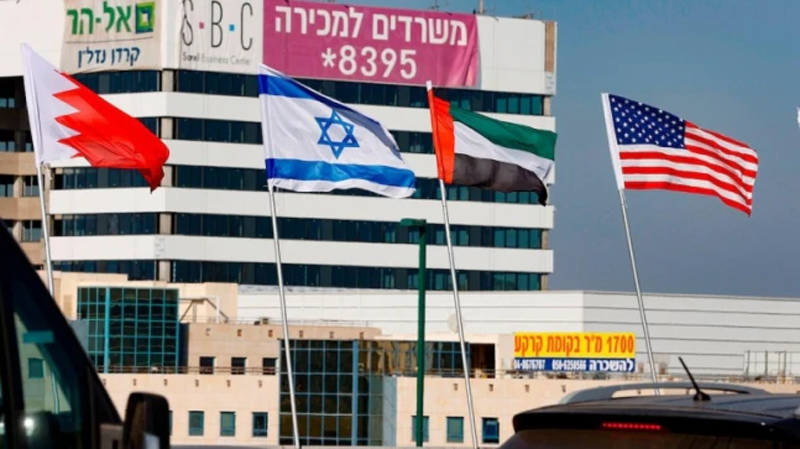 A new era for the Middle East will be charted Tuesday when the UAE and Bahrain sign agreements to recognise Israel, in a move that shatters the Arab world’s consensus on the Palestinian cause.

A jubilant President Donald Trump and Israeli Prime Minister Benjamin Netanyahu are to sign the so-called Abraham Accords — a reference to the common traditions of Islam, Judaism and Christianity — at a White House ceremony. Alongside them will be foreign ministers from the two Gulf states who will ink a deal that is expected to sketch out a highly fruitful collaboration among some of the Middle East’s biggest economies, stretching across security, business, energy and science.

They are not natural allies of Israel, but they share a common enmity towards Iran, which lies across a narrow strait from the island kingdom of Bahrain and the United Arab Emirate’s glitzy cities of Dubai and Abu Dhabi.

Many of the oil-rich Gulf states have been quietly cultivating ties with Israel for years, but the normalisation deal allows those relationships to burst into the open, offering rich opportunities as they try to repair economies savaged by the coronavirus crisis.

For Trump, the accord is a significant win ahead of November’s presidential election, and he has revelled in his achievement, with the White House trumpeting his nomination for the Nobel Peace Prize by a far right member of the Norwegian parliament.

“Another HISTORIC breakthrough today! Our two GREAT friends Israel and the Kingdom of Bahrain agree to a Peace Deal — the second Arab country to make peace with Israel in 30 days!” Trump tweeted.

He said it was “so interesting” that he was able to announce the deal on the anniversary of the September 11, 2001 attacks by Islamist radicals against the United States.

Palestinian leaders have called for protests against the “shameful deals” over fears their drive for a homeland is losing steam in the Arab world, which had held fast to a 2002 Saudi-sponsored initiative calling for Israel’s complete withdrawal from occupied territories.

The recognition is a huge coup for Netanyahu, bringing the Jewish state closer to its goal of acceptance on the world stage, and the reaction in Israel has been effervescent. “It feels like our countries are dating,” said Jerusalem’s deputy mayor Fleur Hassan-Nahoum. “We both see each other as exotic birds. There’s such excitement in the air, both sides are thirsty for peace.”

In the Gulf states though, the response to the deals has been much more restrained.

The Emirati flag has been projected onto Tel Aviv’s city hall, but the Israeli flag has not yet featured on Dubai’s Burj Khalifa, the world’s tallest tower which typically showcases the Gulf state’s achievements and allies with flashy illuminations.

Within minutes of the stunning announcement on August 13, there was a tussle over the terms of the deal with the UAE saying that plans to annex Jewish settlements had been stopped, only for Israel to insist they were merely suspended.

There was also a testy exchange over the UAE’s long-held ambitions to buy F-35 stealth fighter jets — which the accord could make a reality — after Netanyahu said he opposes a move that could blunt Israel’s strategic edge.

But analysts say that despite the jarring optics, the UAE with its highly pragmatic brand of foreign policy is very much on board with a deal that will drive its goal of becoming a leading international player in a region long dominated by traditional powers Saudi Arabia and Egypt.

To follow the Jerusalem deputy mayor’s dating analogy, the two sides are now in a “getting to know you” phase that observers say could be marked with rows and misunderstandings as well as declarations of affection.

“It’s not like they’re oil and water cultures — but they are very, very different social and political cultures,” said Barbara Leaf, a former US ambassador to the UAE and now a fellow at the Washington Institute.